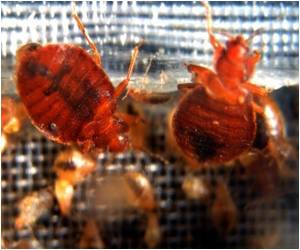 Plants have evolved unique and sophisticated immune systems to defend themselves against insects and pathogens as they can't swat a bug or run away from one, that doesn't mean that plants can't fight back.

Plant hormones called jasmonates play an important role in this defense, but jasmonates have been found to also be important for plant growth. Now, researchers reporting in the May 23 issue of the Cell Press journal Molecular Cell have discovered a gene in the jasmonate pathway that controls plant defenses but does not play a detectable role in plant development. These findings could be applied to improve crop resistance in agriculture.

"Our findings may be used to develop a novel strategy to engineer dual plant resistances against both insects and pathogens in the agricultural industry by manipulating the jasmonate signaling pathway without negatively affecting plant growth," says senior author Dr. Daoxin Xie of Tsinghua University in Beijing, China.


Dr. Xie and his colleagues performed genetic screening tests in plants to silence different genes in the jasmonate pathway. The experiments revealed that silencing the JAV1 gene significantly enhanced jasmonate-regulated defense responses against pathogens and insects but did not severely alter jasmonate-mediated developmental processes.
Advertisement
The researchers also found that in normal plants, jasmonates, which accumulate following an attack by insects or pathogens, trigger the degradation of the protein encoded by the JAV1 gene. Without the JAV1 protein to keep them in check, other regulators are free to turn on immune response genes that rev up the immune system.

"These findings have provided an insight into the molecular mechanism by which plants integrate jasmonate signals to protect themselves from insect attack and pathogen infection," the authors write.

Scientists Identify Pathogens Associated With Paediatric Diarrhoeal Disease
Pathogens associated with moderate-to-severe diarrhoea in infants have been discovered by ......

Researchers Reveal Animal-to-human Transmission of Bacterial Pathogens
To reveal if drug-resistant bacteria are transmitted from animals to humans in two disease ......

New Device can Protect Against Airborne Pathogens
A new report reveals that a device known as soft x-ray electrostatic precipitator managed to ......