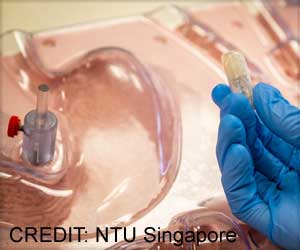 A team from Nanyang Technological University, Singapore (NTU Singapore) and the National University Health System (NUHS) has developed a self-inflating weight management capsule that could be used to treat obese patients.


Called the EndoPil, the prototype capsule contains a balloon that can be self-inflated with a handheld magnet once it is in the stomach, thus inducing a sense of fullness. Its magnetically-activated inflation mechanism causes a reaction between a harmless acid and a salt stored in the capsule, which produces carbon dioxide to fill up the balloon. The concept behind the capsule is for it to be ingested orally, though trials using this route for administration have not yet begun.


Designed by a team led by Professor Louis Phee, NTU Dean of Engineering, and Professor Lawrence Ho, a clinician-innovator at NUHS, such an orally-administered self-inflating weight loss capsule could represent a non-invasive alternative to tackle the growing global obesity epidemic.

It is also common for patients who opt for the intragastric balloon to experience nausea and vomiting, with up to 20 percent requiring early balloon removal due to intolerance. The stomach may also get used to the prolonged placement of the balloon within, causing the balloon to be less effective for weight loss.

The novel made-in-Singapore weight loss capsule, designed to be taken with a glass of water, could overcome these limitations.

The EndoPil's viability was first tested in a preclinical study, in which a larger prototype was inserted into a pig. The findings, published in a supplement of the scientific journal Gastroenterology, showed that the pig with the inflated capsule in its stomach lost 1.5kg a week later, while a control group of five pigs gained weight.

Last year, the team trialed their capsule on a healthy patient volunteer in Singapore, with the capsule inserted into her stomach through an endoscope. The balloon was successfully inflated within her stomach, with no discomfort or injury from the inflation.

The latest findings will be presented next month as a plenary lecture during the Digestive Disease Week 2019 in San Diego, the world's largest gathering of physicians and researchers in the fields of gastroenterology, hepatology, endoscopy and gastrointestinal surgery.

Currently, the capsule has to be deflated magnetically. The team is now working on a natural decompression mechanism for the capsule, as well as reducing its size.

Professor Louis Phee, who is also the Tan Chin Tuan Centennial Professor in Mechanical Engineering at NTU, said, "EndoPil's main advantage is its simplicity of administration. All you would need is a glass of water to help it go down and a magnet to activate it. We are now trying to reduce the size of the prototype, and improve it with a natural decompression mechanism. We anticipate that such features will help the capsule gain widespread acceptance and benefit patients with obesity and metabolic diseases."

Professor Lawrence Ho from the NUS Yong Loo Lin School of Medicine, who is also a Senior Consultant with the Division of Gastroenterology and Hepatology at the National University Hospital, said, "EndoPil's compact size and simple activation using an external hand-held magnet could pave the way for an alternative that could be administered by doctors even within the outpatient, and primary care setting. This could translate to no hospital stay, and cost saving to the patients and health system."

A Simpler Yet Effective Alternative

The Endopil could potentially remove the need to insert an endoscope or a tube trailing out of the esophagus, nasal and oral cavities for balloon inflation.

Each capsule should be removed within a month, allowing for shorter treatment cycles that ensure that the stomach does not grow used to the balloon's presence. As the space-occupying effect in the stomach is achieved gradually, side effects due to sudden inflation such as vomiting and discomfort can be avoided.

The team is now working on programming the capsule to biodegrade and deflate after a stipulated time frame, before being expelled by the body's digestive system. This includes incorporating a deflation plug at the end of the inner capsule that can be dissolved by stomach acid, allowing carbon dioxide to leak out. In the case of an emergency, the balloon can be deflated on command with an external magnet.

How the New Capsule Works

Measuring around 3cm by 1cm, the EndoPil has an outer gelatine casing that contains a deflated balloon, an inflation valve with a magnet attached, and a harmless acid and a salt stored in separate compartments in an inner capsule.

Designed to be swallowed with a glass of water, the capsule enters the stomach, where the acid within breaks open the outer gelatine casing of the capsule. Its location in the stomach is ascertained by a magnetic sensor, an external magnet measuring 5cm in diameter is used to attract the magnet attached to the inflation valve, opening the valve. This mechanism avoids premature inflation of the device while in the esophagus, or delayed inflation after it enters the small intestine.

The opening of the valve allows the acid and the salt to mix and react, producing carbon dioxide to fill up the balloon. The kitchen-safe ingredients were chosen as a safety precaution to ensure that the capsule remains harmless upon leakage, said Prof Phee.

As the balloon expands with carbon dioxide, it floats to the top of the stomach, the portion that is more sensitive to fullness. Within three minutes, the balloon can be inflated to 120ml. It can be deflated magnetically to a size small enough to enter the small intestines.

After improving the prototype, the team hopes to conduct another round of human trials in a year's time - first to ensure that the prototype can be naturally decompressed and expelled by the body, before testing the capsule for its treatment efficacy.

Prof Phee and Prof Ho will also spin off the technology into a start-up company called EndoPil. The two professors previously co-founded EndoMaster, one of Singapore's most prominent deep tech start-ups in the field of medical robotics. 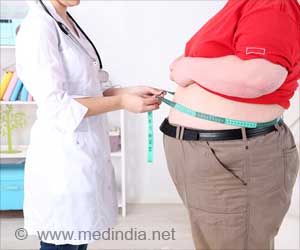 Bariatric Embolization Offers Hope in Treating Obesity
Obesity has become a global health burden that affects millions of people worldwide. However, bariatric embolization which is a new, minimally invasive treatment for obesity helps in weight loss and reduces appetite for up to one year.
READ MORE 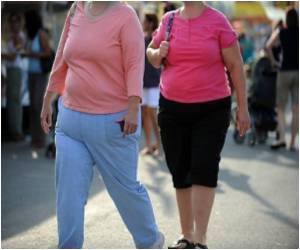 Can Popping Freeze-Dried Fecal Pills Combat Obesity?
Taking these pills can help change the community of organisms living inside the gut, known as a microbiome, and subsequently help treat obesity.
READ MORE