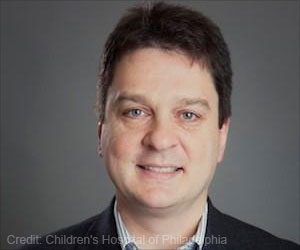 A safe and effective procedure to remove thick clogs in the adult airways are now developed by a research team at the Center for Lymphatic Imaging and Interventions.

Plastic bronchitis is a condition were the patients are found to develop thick, endobronchial casts that form in the branching paths of their airways.

The researchers developed new imaging tools and a minimally invasive catheterization technique to treat a form of plastic bronchitis caused when abnormally circulating lymphatic fluid dries into solid casts. "In some cases, the cause of this condition is unknown, but this new study suggests that most adult patients with plastic bronchitis have abnormal pulmonary flow of lymphatic fluid that we can safely treat," said study leader Maxim G. Itkin, MD, a radiologist at Children's Hospital of Philadelphia (CHOP) and the Perelman School of Medicine at the University of Pennsylvania.


Itkin and his co-author Yoav Dori, MD, a pediatric cardiologist at CHOP and Penn Medicine, co-lead a specialized team at the Center for Lymphatic Imaging and Interventions jointly operated by CHOP and Penn. They collaborated on the current study with pulmonologist Francis X. McCormack, MD, of the University of Cincinnati, in a paper in the October 2016 issue of the Annals of the American Thoracic Society.

Specialized immune cells that patrol the body to spot infections, also trigger the expansion of immune organs called lymph nodes, discovered scientists.
Advertisement
The study reports on seven adults with a mean age of 50 years old who presented with branching bronchial casts, associated with chronic cough and/or asthma. Using a customized type of magnetic resonance imaging called dynamic contrast-enhanced MR lymphangiography (DCMRL), the team found that six of the seven patients had abnormal lymphatic flow, which they now propose designating as pulmonary perfusion syndrome, as distinct from idiopathic plastic bronchitis, in which the cause is unknown.

The team treated the six patients with lymphatic embolization, which involves inserting a combination of glue and coils through catheters to halt the flow of lymphatic fluid. Five patients reported immediate and complete resolution of symptoms, and the sixth patient reported significant partial improvement. Four patients had minor abdominal pain, which resolved after treatment with painkillers. The average follow-up was 11 months after initial treatment.

Earlier this year, Itkin and Dori reported a retrospective case study of 18 children who had plastic bronchitis as a complication of palliative surgery for single-ventricle heart disease. While rare, plastic bronchitis can cause life-threatening respiratory distress in children. In adults, the condition may go undiagnosed for years in patients who may initially be diagnosed with asthma or chronic cough. Plastic bronchitis has a long medical pedigree--the Greek physician Galen described a form of it in the second century.

"This was a small study, and a first report of this treatment in adults with lymphatic plastic bronchitis," said Dori. "Longer follow-up will be needed to confirm the long-term risks and benefits of this procedure."

The Center for Lymphatic Imaging and Intervention is one of CHOP's inaugural Frontier Programs. Frontier Programs embody the connection between research breakthroughs and extraordinary clinical care, and are a novel way to bring research more quickly to the bedside.

Lymph nodes can be crucial for spreading low doses of infective prion agents -the pathogens responsible for conditions such as scrapie and Creutzfeldt-Jakob disease
Advertisement
<< Managing Warfarin Patients - New Approach to Save Lives and ...
New Way to Enhance Detection and Treatment of Vascular Graft... >>

A new study suggests that a group of overlooked lymph nodes can be an effective tool to tool to stage and ultimately treat patients with malignant pleural mesothelioma.

Accident and Trauma Care Sanatogen Noscaphene (Noscapine) Find a Doctor Loram (2 mg) (Lorazepam) Sinopril (2mg) (Lacidipine) Calculate Ideal Weight for Infants The Essence of Yoga Drug - Food Interactions Pregnancy Confirmation Calculator
This site uses cookies to deliver our services. By using our site, you acknowledge that you have read and understand our Cookie Policy, Privacy Policy, and our Terms of Use