New Fathers can also be a Victim of Postpartum Depression 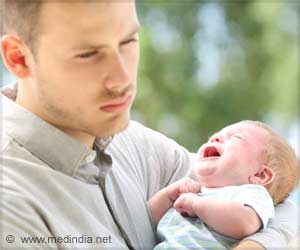 The birth of a baby can trigger a jumble of powerful emotions, from excitement and joy to fear and anxiety. But it can also result in something unexpected  depression. Post-natal depression - a common phenomenon among new mothers - also occurs in new fathers.

However, depression in new fathers is often not recognised, thus increasing their risk of developing serious mental health issues, a study has showed. The findings showed that depression among new fathers is characterised by irritation, restlessness, low stress tolerance and lack of self-control. It may be more common than previously believed, but remains undetected in current screening instruments, thus stripping them of the help they need.

Advertisement
‘Sometimes it can be hard to tell the difference between clinical depression and the normal stress and exhaustion of new parenthood. Post-natal depression can affect new fathers too.’

Detecting depression in new parents is crucial, not only for their own sake but also because depressed parents often become less perceptive to the needs of their child, particularly if the child cries a lot.


Babies of depressed parents also tend to receive less stimulation which, eventually, could lead to slower development. In some cases, depression may lead to neglect of the child or inappropriately forceful behaviours, the researchers said.
Advertisement
"Depression does not only involve major suffering for the parent, but also a risk for the child," said Elia Psouni, associate professor at Lund University in Sweden.

Further, all new mothers were found to be screened for depression, while fathers are not, the study showed.

For the study, detailed in the Scandinavian Journal of Psychology, the team examined 447 new fathers and showed that the established method of detecting depression Edinburgh Postnatal Depression Scale (EPDS) works poorly on men.

In addition, one-third of the depressed fathers in the study had thoughts of hurting themselves, but very few contacted the healthcare system.

Among those who were classified being moderately to severely depressed, 83 percent had not shared their suffering with anyone. Although difficult to know, the corresponding figure for new mothers is believed to be 20-50 percent, the researchers said.

New Mothers With Postpartum Depression Dont Disclose It
Nearly 20% of the women experience postpartum mood disorders but not all of them open up to their .....

Role of Church, Religion, Spirituality in Treating Postpartum Depression
Church, religion and spirituality really matter when it comes to treating mothers of color with ......