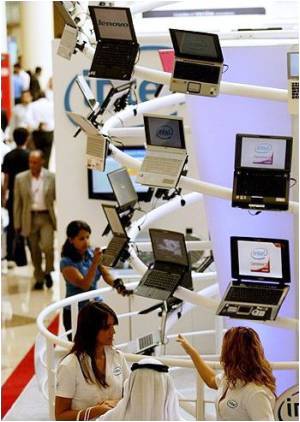 The new age game of Foldit, which turns one of the hardest problems in molecular biology into a game a bit reminiscent of Tetris has become immensely popular. The game is attractive as it allows them to fold a protein rather than stack coloured blocks or rescue a princess.

The project launched by biochemists and computer scientists at the University of Washington two years ago harnesses the brainpower of computer gamers to solve medical problems.

And Foldit is a success-it turns out that people can, indeed, compete with supercomputers in this arena.


Analysis shows that players bested the computers on problems that required radical moves, risks and long-term vision-the kinds of qualities that computers do not possess.

Encyclopedia section of medindia gives general info about Genetic counseling
Advertisement
"People in the scientific community have known about Foldit for a while, and everybody thought it was a great idea, but the really fundamental question in most scientists' minds was 'What can it produce in terms of results? Is there any evidence that it's doing something useful?'" Nature quoted principal investigator Zoran Popovic, a UW associate professor of computer science and engineering, as saying.

"I hope this paper will convince a lot of those people who were sitting on the sidelines, and the whole genre of scientific discovery games will really take off," he said.

Foldit turns protein-folding into a game and awards points based on the internal energy of the 3-D protein structure, dictated by the laws of physics.

Tens of thousands of players have taken the challenge. The author list for the paper includes an acknowledgment of more than 57,000 Foldit players, which may be unprecedented on a scientific publication.

"We had to talk to the editors a bit about getting that in there. I think it's not the standard style of doing things," said first author Seth Cooper, a UW doctoral student in computer science.

The results are published in the journal Nature.