Celebrities Look at Paradise for Sale or Rent

Celebrities and attractive real-estate in remote places makes for a potent combination.

Marlon Brando started it, Diana Ross and Nicolas Cage picked up the trend and Johnny Depp perfected it. The uber-rich and famous often dream of owning their own private island and a German-born Canadian entrepreneur has made a fortune making it happen for them. 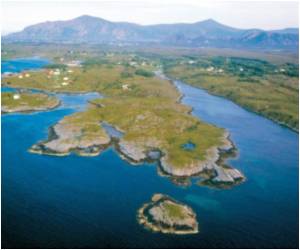 An aerial view of Krotteroy island in Norway 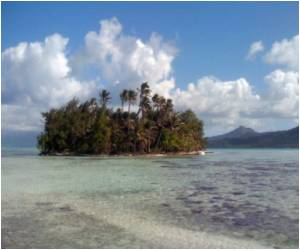 The Motu Moute island of French Polynesia in the Pacific Ocean 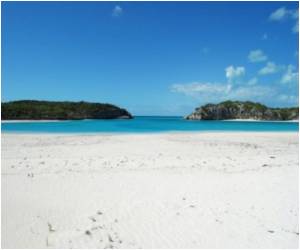 The 90-hectare Cave Cay island in the Bahamas

As founder of one of the world's biggest agencies specialising in the rental and sale of private islands, Farhad Vladi is a connoisseur of sun-kissed slices of paradise.


"It's like with painters: there are two categories of island in the world," said Vladi, who has owned his own swatch of land off New Zealand for two decades.

Adolescent depression is an ailment that occurs during the teenage characterized by persistent melancholy, disappointment and loss of self-esteem.
Advertisement
"There is the Rembrandt, Rubens and Van Gogh category and then there are the thousands of primitive painters who only produced a few splotches. It's like at Christie's or Sotheby's (auction houses): beautiful things of quality sell well and the others stay in the cupboard."

In an interview in his bright spacious office in the northern German port city of Hamburg, Vladi estimates he has sold 2,000 islands around the world in his 40 years in the business.

Thumbing through a catalogue splashed with inviting photographs of white sandy beaches, swaying palm trees and turquoise waters, he lets a few evocative names drop: one is just a coconut's throw from Bora Bora, others belong to the Seychelles or the Bahamas.

Vladi brokered the purchase of Arros in the Seychelles for the Shah of Iran before it joined the stable of properties owned by France's richest woman, Liliane Bettencourt, who is currently embroiled in a party funding scandal.

Brando made a private island the ultimate Hollywood status symbol, turning fellow stars green with envy in 1965 when he acquired the 150-acre French Polynesian atoll Tetiaroa after filming "Mutiny on the Bounty" in the neighbourhood.

And in 2004, Depp became a Proprietor of the Caribbean when he with Vladi's help snapped up 14 hectares (35 acres) of heaven called Little Hall's Pond Cay, where he can play Jack Sparrow with his two children to his heart's content.

It may be good enough for Hollywood royalty but the richest of the rich tend not to buy islands because they fear the isolation will make them vulnerable to kidnapping, Vladi said.

"Bill Gates has all the money in the world but just imagine being the only person on an island," he said. "It would be an enormous security problem."

Vladi currently has 120 private islands on offer and manages to shepherd about 30 sales through a year.

The costliest? The 90-hectare Cave Cay in the Bahamas. Price tag: 110 million dollars.

But there are bargains in Vladi's portfolio. For just 29,000 US dollars, a buyer can acquire a piece of Nova Scotia. In fact, Canada is among the biggest suppliers of private islands on the market with about 100 to choose from.

Vladi smiles: "People arrive at our offices intending to buy a white-sand, palm-tree island and end up leaving with a patch of pine trees in Scandinavia or Scotland."

But the dapper 65-year-old warned that what looks like heaven on paper can easily turn into hell on earth.

"Many people bought islands off Honduras or Belize but forgot there are pirates down there, incredible humidity, millions of mosquitos, diseases like dengue fever and snakes," he said, noting that North America and Europe tended to be a safer investment than more tropical destinations.

Vladi estimates that just five percent of islands are really worth coveting, and cites criteria such as proximity to continents, docking facilities and a temperate climate.

He said the crisis had a paradoxical effect on his business, with insecurity in the market making property owners sit on their islands, thus driving up the price.

"People are afraid of the future and prefer to hold onto what they have," Vladi said.

"Owning an island, it's a little like when a woman falls in love. She wants to hold onto that man for herself alone."

Online Depression Screening Test tells if you have mild or chronic depression based on your depression symptoms. Learn how to deal with depression by using this self-assessment calculator.
Advertisement