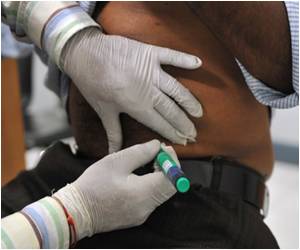 A simple once-a-day injection could offer hope to millions of people with diabetes, say researchers.

In order to keep their problems under control, many diabetic patients inject themselves with insulin several times a day to keep their blood sugar level steady.


But the new drug called Tresiba, developed by Novo Nordisk, can revolutionise the drug industry by making sure that the diabetic patients do not have to inject the drug very often.
Advertisement
So if patients miss an -injection because of their busy lives they are less likely to suffer the potentially fatal low blood sugar "crash," hypoglycaemic shock.

Doctors have hailed the new treatment, also known as insulin degludec, as a breakthrough.

Doctors believe that the new drug, which can be used to manage both Type 1 and Type 2 diabetes, can help slash the 24,000 unnecessary and premature deaths from diabetes each year.

Tresiba, has been approved by the European Commission in January.

Research Highlights Role of Glycemic Variability in Diabetes
There has been a significant increase in the number of new cases, complications and deaths due to .....