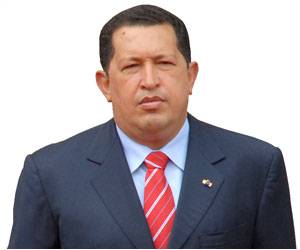 With tears in his eyes, Mature addressed Venezuelans from the Doctor Carlos Arvelo military hospital, where Chavez passed his last two weeks after he came back from Cuba on Feb. 18.

"At 4:25 p.m. the commander President Hugo Chavez deceased," he said, calling the event a "historical tragedy" and urging Venezuelans to be vigilant for the peace of the country.


Accompanied by key members of the Executive Cabinet, Maduro offered thanks to the friends of brother countries. "In this time of sorrow, we thank you for your eternal solidarity," he said.
Advertisement
He also called on the Venezuelan people of all political sections to unite together. "Let there be no violence or hatred, but love, peace, unity and discipline," Maduro said. Meanwhile, Venezuelan Defense Minister Diego Molero Bellavia said in a statement that "The National Bolivarian Arms Force echoes the call for unity. We are being deployed to ensure the security and sovereignty of the Venezuelan people."

Chavez has been in power for 14 years. He was re-elected to a third six-year term last October, but could not be sworn in as scheduled on Jan. 10 due to his serious health problems.

After seeking medical treatment for 70 days in Cuba, he returned home on Feb. 18. Since then, he had stayed in the Caracas military hospital.

Hugo Chavez Aware of His Complex Condition
Hugo Chavez, Venezuelan President is fully aware of the complexity of his condition three weeks ......