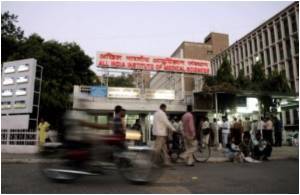 New Delhi emerges as the best place to live in India, according to the Liveability Index 2011.

Mumbai was placed at the 2nd position after Delhi in the index published by Institute for Competitiveness.

Scores of people took part in a 'cyclothon rally' organized here on Sunday as a curtain raiser to the Earth Hour 2011 to be observed on march 26.
Advertisement

The index ranked Chennai as the most densely populated Indian city that manages to control slums, and Kolkata as the safest city.


Kolkata was, however, ranked amongst the lowest in health and medical standards in the country, while NCR Gurgaon performed abysmally on the 'Liveability Index 2011' despite the economic powerhouse reputation.

According to the Liveability Index the factors behind the success of New Delhi is its strong hold in demographic, health and medical standards and education pillars.

However a matter of concern is the city's ranking in the safety and housing option category for which it has already been criticized a lot.

The Liveability Index showcases the livability profiles of the Indian cities from various perspectives, such as from point of view of Corporates who wants to invest, people who want to choose a city to live in, people who are already a part of the city and the government that is trying to figure out the weak areas of the various cities and enhance the policies accordingly.

Unhealthy Option to Move from Countryside to City in India

It may not be a good idea for Indians to relocate from the countryside to the city as this can increase the risk of many lifestyle diseases.
Advertisement
<< Removal of Lymph Nodes may Help Thyroid Cancer Patients
Paranoia Haunts The Mean Kind >>