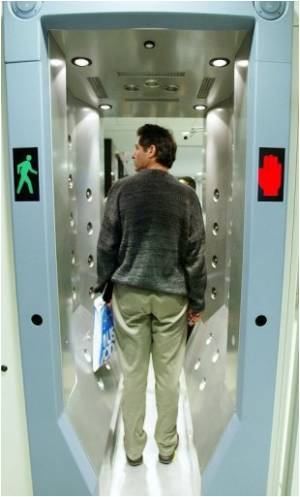 New ways to enable security based on a person's body's movements are being discovered by scientists, which, unlike retinal scans and fingerprints, can't be obtained from them.

Scientists at the Carnegie Mellon University's new Biometrics Research and Identity Automation Lab are hoping to create passwords that require not just some poorly chosen combinations of numbers and letters, but the physical presence of a specific person to unlock.

Cameras can be a New Generation Security System

It's not so easy to escape for a bank robber who has covered his fingers and face and may think he is safe and nobody can identify him.
Advertisement

BioSoles are one of the team's leading concepts: special insoles that can recognize an individual based upon his or her unique walk. To reach this goal, the team is in the process of developing a new discipline called "pedo-biometrics," the New York Daily News reports.

A molecular security system in human cells that deactivates and degrades foreign DNA has been discovered by University of Minnesota researchers.
Advertisement
CMU is teaming up with Autonomous ID, a company based in Ottawa, Canada, to create "things you do" validation, which no one else can recreate, the report said.

Drinking Beer or Wine Every Day Could Cause Age-related Diseases
View all
News Archive
News Resource
Advertisement
News Category
How to Decipher a Baby's Cry of Pain? Nurturing Your Financial Well-being Might Slow Down Memory Loss How Microglia Contribute to Alzheimer's Disease? How the Intestine Repairs Damaged Tissue? New Component to Treat Lung Lesions Created
More News
Sign up for Wellness Consult a Doctor Sign up for Selfcare

A-Z Drug Brands in India Color Blindness Calculator Vent Forte (Theophylline) Blood Pressure Calculator Hearing Loss Calculator The Essence of Yoga Sanatogen Loram (2 mg) (Lorazepam) Drug Side Effects Calculator Diaphragmatic Hernia
This site uses cookies to deliver our services. By using our site, you acknowledge that you have read and understand our Cookie Policy, Privacy Policy, and our Terms of Use