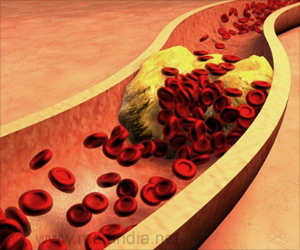 The study is an observational cross-sectional one and is based on the urban population.

High cholesterol level in blood are a risk for heart disease and stroke. They get deposited in the wall of the arteries and clog the circulation posing a threat to life.
Advertisement
‘FAMCAT algorithm predicted that 1.5%3.1% of the 777,128 participants were likely to have familial hypercholesterolemia.’

Familial hypercholesterolemia is a condition in which low-density lipoprotein (LDL) levels elevate in the blood. The complications related to this disorder include atherosclerosis and heart disease at an early age. It is a genetic disorder that affects 320,000 people in the UK.


Dr. John Robson, Reader in Primary Care at the Queen Mary University of London, said: "There is an urgent need for better methods to detect people who might have FH. We have demonstrated the FAMCAT algorithm can be applied to whole boroughs or cities, using the data we already have in the system to help find those undiagnosed cases."

Out of the 777,128 participants, 1.5%-3.1% individuals were likely to have FH. The algorithm generated a list of people who showed a higher likelihood to develop Familial Hypercholesterolemia. These people can be evaluated by General practitioners at first and then assessed by genetic testing.

"It is unclear whether the algorithm performs equally well at detecting FH in different ethnic groups. We are now planning further research with east London data to investigate this," John Robson added.

Incidence of metabolic syndrome is high in India, with risks such as cardiovascular disease, stroke, and diabetes. There are five contributing factors and the presence of any three contributes to a diagnosis.