Nepal Urges Support from India in the Field of Homeopathy 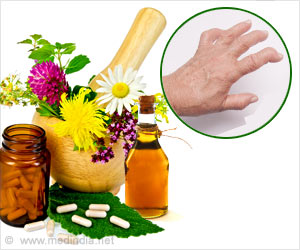 Nepal's Minister of State for Health, Mushtaque Alam said his country has sought enhanced cooperation from India in the field of homeopathy medicine, which has a large number of users in the Himalayan country.

"Till now India has supported a lot in the medicine system of Nepal, however, we want a better support in the field of homeopathy medicine," said Alam. He was speaking at the inaugural ceremony of International Convention on World Homeopathy Day here. The two day event will see participation of over 2,000 delegates from 25 countries, to discuss on integrating homeopathy in health-care.

Gupta, Founder of Om Vidya Institute of Homeopathy and Allied Medical Sciences, had discovered an effective homeopathic treatment for the Motor Neuron Disease.
Advertisement
‘Homoeopathy is practised in more than 80 countries of the world and is known to be effective in various communicable and non-communicable diseases, chronic diseases and diseases of children and mothers.’

Alam also said that the usage of homeopathy medicine started in Nepal some 100 years ago and India had a great role in it. Among other prominent personalities present were India's AYUSH Minister Sripad Yesso Nayak, who inaugurated the event, and the health minister of Bangladesh Mohammad Nasim.


Speaking on the occasion Naik said the formation of AYUSH ministry has given a lot of support for the promotion of ayurvedic and homeopathic medicinal system. He said that over the years homeopathy hospitals in India have increased to 235 while the number of dispensaries stands at nearly 1,000.

"India currently has 400 licensed homeopathy pharmacists," said Naik. Health Minister of Bangladesh Nasim said the event will open the scope for better collaborations between different countries in the field of homeopathy.

The subject of anti-viral action of homeopathic dilutions derived from snake venom will be presented in a day-long national Homeopathy Convention in Kerala.
Advertisement
<< Deep Brain Stimulation can Improve Life of Patients With Se...
Spending Money can Increase Your Happiness If You Spend It ... >>

Through series of photographs, the exhibition gives an idea of how the Banerjis have been working to establish homeopathy and to make it the medicine of masses.

Most people assume that Homeopathy products are dietary supplements or conventional drugs since they are often sold on the same shelves as traditional drugs.

A-Z Drug Brands in India Post-Nasal Drip Hearing Loss Calculator Diaphragmatic Hernia The Essence of Yoga Accident and Trauma Care Nutam (400mg) (Piracetam) Sinopril (2mg) (Lacidipine) Color Blindness Calculator How to Reduce School Bag Weight - Simple Tips
This site uses cookies to deliver our services. By using our site, you acknowledge that you have read and understand our Cookie Policy, Privacy Policy, and our Terms of Use