Negative Health Consequences of Rejection Due to One's Weight

Concerns about rejection and devaluation due to one's weight can lead to negative health consequences, suggests a new research by two UC Santa Barbara psychologists.

The researchers set out to examine whether and how the anticipation of rejection - versus the actual experience of it - impacts an individual's emotional well-being. Alison Blodorn and Brenda Major devised a study that measured the effects of anticipated rejection caused by weight-stigmatizing situations - like dating. The results, they discovered, depended on participants' weight and gender. The findings appear in the Journal of Experimental Social Psychology.

Negative Health Consequences of Rejection Due to One's Weight


"We experimentally tested whether the mere anticipation of rejection among heavier individuals is enough to lead to downstream negative psychological effects such as decreased self-esteem or feelings of self-consciousness," explained Blodorn, a postdoctoral research associate in the Self & Social Identity Lab in UCSB's Department of Psychological & Brain Sciences.


‘Concerns about rejection and devaluation due to one's weight can lead to negative health consequences, suggests a new research.’


The researchers recruited 160 men and women of various body weights, aged 18 to 29 years, who identified as heterosexual. Each young adult was asked to give a five-minute speech describing why he or she would make a good dating partner and was told the speech would be evaluated by an attractive member of the opposite sex.

Half of the participants learned the evaluator would see a video recording of their speeches, so their weight would be evident. Evaluators for the remainder would hear only the audio portion of the speeches so weight would not be a factor.

To assess anticipated rejection, immediately before giving their speeches participants were asked to rate how likely they thought their evaluators would be to accept them or to reject them. After their speeches were recorded, participants completed a variety of tests to measure levels of self-esteem, feelings of self-consciousness such as shame and embarrassment, and stress emotions like anxiety and discomfort. Participants' height and weight were also measured in order to calculate their body mass index (BMI). "Heavier women - or those with a higher BMI - who thought their weight would be seen expected to be rejected by their evaluator," Blodorn explained. "This anticipated rejection led to lower self-esteem, greater feelings of self-consciousness and greater stress."

She noted that the same conditions that were detrimental to heavier women had the opposite effect for thinner women who saw their weight as an asset. "Thinner women expected to be accepted and this led to increased feelings of positive self-esteem, decreased self-consciousness and less stress," Blodorn said. "It's not too surprising, given that thinness and beauty are so intertwined in our society."

The results differed for men. "Interestingly, we didn't see any of the same negative effects for heavier men," Blodorn said. "They didn't expect to be rejected by an attractive female who was going to rate their dating potential when their weight was fully seen. It's possible that these findings are limited to the dating domain, and more research needs to be done before we could say heavier men are not affected by weight stigma."

This experiment suggests - for heavier women, at least - that direct experiences with negative weight-based treatment are not necessary for weight stigma to have negative effects.

"Even in the absence of actual experiences with negative weight-based treatment, anticipated rejection can lead to negative psychological health," Blodorn said. "Given that weight bias is so pervasive in our society, these findings have huge implications for the psychological well-being of heavier women."

"It seems inevitable that in a slew of different situations - such as going to the grocery store or gym - they are going to be worried about being rejected or evaluated unfavorably due to their weight," she concluded. "And this can lead to long-term decreases in well-being."

People Are Designed to Overcome Heartbreak and Rejection?
A new research says people are designed to fall out of love and move onto new relationships.
READ MORE

Getting Dumped may Help Lose Excess Weight
Getting dumped may be the best thing that can happen to people struggling to shed excess weight.
READ MORE 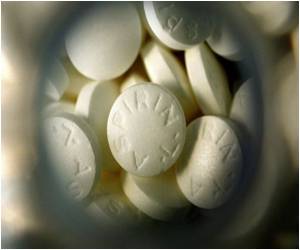 Aspirin: Best Remedy for a Broken Heart
A couple of aspirin can help one to come over their heartbreaks, says research.
READ MORE