Natural toxins and other foodborne chemicals in the global food supply pose more health risks in underprivileged communities around the world, reports a new study. 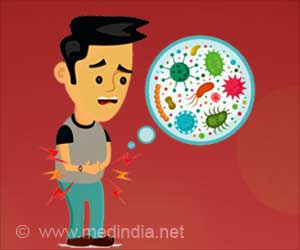 New studies have found that a certain foodborne toxin, in addition to its known health effects, is also linked to vaccine resistance, and for the first time the global burden of disease from foodborne arsenic, lead, cadmium, and methyl mercury has been quantified.


‘Watch out: Naturally occurring chemicals and toxins in the global food supply are known to pose a burden on worldwide health.’
Read More..

The Society for Risk Analysis (SRA) will present new studies as part of its Global Disease Burden Caused by Foodborne Chemicals and Toxins symposium as part of its 2019 Annual Meeting at the Crystal Gateway Marriott in Arlington, Virginia. This symposium will provide updates to a 2015 World Health Organization (WHO) publication which analyzed the disease burdens caused by these toxins.

While infectious diseases tend to get greater attention, the impact of foodborne chemicals and toxins on cancers, cardiovascular and neurological illnesses is significant. Herman Gibb, Ph.D., M.P.H., found that in 2015, foodborne arsenic, methylmercury, lead and cadmium resulted in more than one million illnesses, 56,000 deaths and more than nine million disability-adjusted life years (DALYs) worldwide.

His study, "Global burden of foodborne disease: Introduction and methylmercury," also revealed Southeast Asia and the Pacific islands (Western Pacific B) was the subregion most impacted.

Aflatoxin, a toxin produced by mold that grows on corn and various nuts, including peanuts and tree nuts such as almonds and pistachios, causes liver cancer in humans at a higher rate than alcohol. Now, scientists are learning that aflatoxin also harms humans' immune systems which can result in an impaired response to infections.

In her study, "Aflatoxin in corn and nuts: Cancer and immunological effects," Felicia Wu, Ph.D., from Michigan State University found that up to 155,000 liver cancer cases globally, each year, are caused by aflatoxin, but aflatoxin also increases inflammation and dampens antibody responses to viruses.

"This might explain why the success of vaccines in low-income countries worldwide has been poor," states Wu. "Corn and peanuts are staple foods throughout much of Africa, Central America, and Asia; and since many resource-poor populations can't afford to throw moldy food away, we suspect many children worldwide are exposed to high levels of dietary aflatoxin."

Lead contamination, which can occur naturally or as a result of pollution, affects the nervous system, particularly in infants and children. In his study, "Global estimates for the impact of lead from food on IQ and disability adjusted life years," Clark Carrington, Ph.D., found that, on average, lead in food is estimated to result in a decrement of about one IQ point.

Aflatoxin is a poisonous carcinogen that grows in moist groundnuts and can result in an enormous amount of food waste.

Food poisoning is the infection caused due to consumption of contaminated food. Food contamination can happen at any time during handling of food, its preparation or storage.

Toxic chemicals found in the environment in the air, water, soil and even in day to day stuff we use can cause irreversible brain damage in infants and children. Learn more about toxic exposures and how to protect your child.

Scientists at the Indian Institute of Engineering Science and Technology have developed ultra-sensitive sensor that can give specific readouts on toxin levels.

Botox injections, the fastest growing cosmetic procedures, are considered as the ultimate fountain of eternal youth.

A detox diet helps remove harmful toxins from the body and can be followed for a day or a week. Detox diet includes fresh fruits, vegetables, juices, water.

Every nutrition fad comes with its share of diet foods. While they seem healthy, many diet foods promote weight gain. This article will highlight the top diet foods that make you fat.