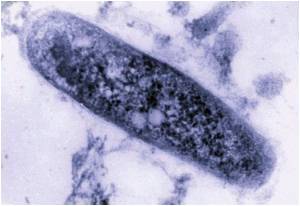 The mechanisms by which the aerobic soil microbe Mycobacterium smegmatis is able to persist for extreme lengths of time in the absence, or near-absence, of oxygen have been discovered by scientists. This new discovery might develop a revolutionary class of antibiotics to tackle TB.

Microbiologists from University of Otago, New Zealand in collaboration with researchers in the US and Germany had revealed in their study that hydrogen is a key factor that enables mycobacteria to survive oxygen-limitation over long periods.

The team, led by Professor Greg Cook, found that in such conditions the bacterium is able to quickly switch its cellular metabolism from a primarily oxygen-based one over to one that uses fermentation for energy production instead and this metabolic mode depends on the production and recycling of molecular hydrogen, a high-energy fuel and diffusible gas. These cells produce hydrogen to ensure their survival until they once more have access to sufficient oxygen for growth.


Cook said that mycobacteria grew through combusting their preferred carbon-based fuel sources using oxygen. However, they could also somehow survive for months or years when their oxygen supply was exhausted.

Individuals with drug-sensitive tuberculosis should use the new drug that is developed for multidrug-resistant tuberculosis carefully, a new research has found
Advertisement
Cook further added that if knocking out the other hydrogenase also drastically reduces long-term survival, the enzyme might end up being an excellent next-generation drug target in latent TB infections, which around one-third of the world's population suffer.

The study is published in the US journal PNAS.

Around one-third of the global population is believed to be infected by myobacterium tuberculosis, a pathogen that is known to cause TB
Advertisement
<< Divorce Could Increase Chances of Heart Attacks, Strokes and...
Acupuncture at the Taixi Acupoint Activates Cerebral Neuron... >>