Mothers Depend on Their Daughters for Fashion Tips 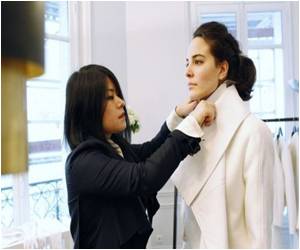 A new study reveals that when it comes to fashion mothers depend on their daughters.

According to the study conducted by vouchercloud, 48 percent of respondents confessed to looking for their child's approval when purchasing new clothes, reports femalefirst.co.uk

The majority revealed that they took approval to ensure their purchases were age appropriate.


About 19 percent admitted that their clothing choices had caused arguments with their daughter in the past so her approval was sought in order to reduce the risk of fallout.
Advertisement
As many as 35 percent stated that they sought approval to avoid accidentally purchasing the same clothes as their daughter.

"'Like mother, like daughter' is a well-worn phrase. But should it possibly be, 'like daughter, like mother?' as it seems that many women take the lead in the fashion stakes from their daughters," Matthew Wood of vouchercloud said.

"The results suggest that mothers are also likely to trust their daughters to be honest with their opinion," he added.

Source: IANS
Advertisement
<< Do Not Let Depression Take Over Your Life
Eat More Fruits and Vegetables to Look Gorgeous >>

Fashion Stars Pay Homage to Classic Cinema
Milan Fashion stars have paid homage to classic cinema- a two way relationship which is one of the ....

Most Women Unable to Spend on New Fashionable Collections
Fashion trends change with seasons, but a study reveals that most women are unable to spend much on ...