Most Infants Still Not Placed on Their Backs to Sleep: Study 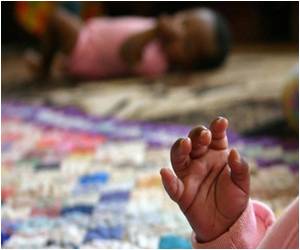 Parents have been urged to put their babies to sleep on their backs to reduce the risk of sudden infant death syndrome (SIDS) since 1994.

It appears many caregivers have not gotten the message, and health care providers have not done enough to educate families.

In Czech Republic, a homeless man has been dubbed Europe's dirtiest man, thanks to his love for sleeping in warm ash.
Advertisement

Rates of supine sleeping (being placed on the back for sleep) are as low as 50 percent in some states, according to a study to be presented Saturday, May 3, at the Pediatric Academic Societies (PAS) annual meeting in Vancouver, British Columbia, Canada. In addition, only about two-thirds of term infants nationwide are placed on their backs to sleep, and the rate is even lower among preterm infants.


"Given that supine sleep positioning significantly reduces an infant's risk for SIDS, it is worrisome that only two-thirds of full-term infants born in the U.S. are being placed back-to-sleep," said lead author Sunah S. Hwang, MD, MPH, FAAP, a neonatologist at Boston Children's Hospital and South Shore Hospital, and instructor in pediatrics at Harvard Medical School. "More concerning is that adherence to safe sleep positioning is even lower for preterm infants who are at even greater risk for SIDS compared to term infants."

Despite recommendations by the AAP that infants always be placed on their backs to sleep, and that they share a room with parents but not a bed, about 4,000 babies die each year.
Advertisement
SIDS is the leading cause of death among infants between 1 month and 1 year of age. More than 2,000 babies died from SIDS in 2010, the most recent year statistics are available from the Centers for Disease Control and Prevention (CDC).

"Although the precise cause of SIDS is still unknown, we do know that safe sleep practices, such as sleeping on the back, reduces the risk of infant death in the first year of life," Dr. Hwang said. "The Back-to-Sleep campaign reduced the rate of SIDS by 50 percent in the 1990s. Since 2001, this rate has remained stagnant."

Dr. Hwang and her colleagues analyzed data from the Pregnancy Risk Assessment Monitoring System (PRAMS) to compare the prevalence of supine sleep positioning after hospital discharge for preterm and term infants. PRAMS is a state-based surveillance system funded by the CDC to monitor behaviors and experiences among women who recently delivered a live-born infant in a hospital. Surveys are mailed to mothers, and those who do not respond are contacted by phone. Mothers were asked which position they usually put their infant to sleep (side, back, stomach). Responses were categorized as supine (back) and non-supine, which included a combination of sleep positions.

The most preterm group of infants (less than 28 weeks) had the lowest rate of supine sleep positioning at 60 percent. After adjusting for maternal age, education, race/Hispanic ethnicity, marital status, previous live birth, insurance status before pregnancy, method of delivery and maternal length of hospital stay, late preterm infants (34-36 weeks) were significantly less likely to sleep on their backs compared to term infants.

US Approves New Implant to Ward Off Sleep Apnea

US regulators have approved a first-of-its-kind implant that can help ward off moderate to severe sleep apnea. It is a chronic disorder which affects up to 18 million Americans.
Advertisement
<< Child Being Bullied can Lead to Suicide
Supermarket Access Key Factor in Obesity Programs >>

Post-Nasal Drip Calculate Ideal Weight for Infants Sinopril (2mg) (Lacidipine) Blood - Sugar Chart Drug Side Effects Calculator How to Reduce School Bag Weight - Simple Tips Drug - Food Interactions Sanatogen Find a Hospital Hearing Loss Calculator
This site uses cookies to deliver our services. By using our site, you acknowledge that you have read and understand our Cookie Policy, Privacy Policy, and our Terms of Use