Most 'In-Demand Roles' in Australia Are Carpentry and Kitchen Help 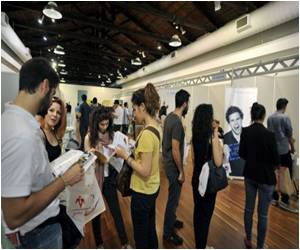 A new study has revealed that carpentry was the job that showed the fastest increase in demand in Australia in July, with job ads up 54 percent.

According to the research from employment website SEEK, which tracks job growth across 28 industries and around 400 job types, the second fastest moving job ads were for kitchen and sandwich hands, up 35 percent, followed by air conditioning and refrigerator mechanics, financial planners and superannuation consultants.

The research comes as official figures show Australia's unemployment fell to 5.2 percent in July. The June figure was an upwardly revised 5.3 percent.


Total employment rose 14,000 to 11.513 million, according to the Australian Bureau of Statistics.

SEEK trade marketing manager Peter Osborne said July is an interesting time of the year because a lot of businesses get new budgets and projects.

Drunken Carpenter Accidentally Cuts Off His Own Penis During DIY

A Brit carpenter, who tried doing a DIY job while drunk, is said to have cut off his own penis in the process.
Advertisement
"It's a really good indicator of whether their industry is going to move ahead or not so it's usually a good sign when job ads are up," News.com.au quoted Osborne as saying.

The fastest increasing ads were starkly different in each state, with power generation and distribution trades the fastest mover in New South Wales, up 182 percent, compared to Victoria where ads for bakers and pastry chefs were up 111 percent.

'How old was Mary when she had Jesus' tops the most popular holiday searches, according to Yahoo.com.
Advertisement
<< London Olympics 1948: A Blast From The Past
Grasslands Might Remain Resilient to Drought, Climate Chang... >>

The Essence of Yoga Post-Nasal Drip Find a Hospital Vent Forte (Theophylline) Color Blindness Calculator A-Z Drug Brands in India Accident and Trauma Care Sanatogen Nutam (400mg) (Piracetam) Drug Interaction Checker
This site uses cookies to deliver our services. By using our site, you acknowledge that you have read and understand our Cookie Policy, Privacy Policy, and our Terms of Use