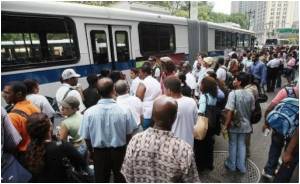 More than 32 million Americans have autoantibodies, which are proteins made by the immune system that target the body's tissues and define a condition known as autoimmunity, a study shows.

The first nationally representative sample looking at the prevalence of the most common type of autoantibody, known as antinuclear antibodies (ANA), found that the frequency of ANA is highest among women, older individuals, and African-Americans. The study was conducted by the National Institute of Environmental Health Sciences (NIEHS), part of the National Institutes of Health. Researchers in Gainesville at the University of Florida also participated.

Autoimmune disorders occur when the immune system fails to recognize the body as 'self' and attacks it.
Advertisement


"Previous estimates of ANA prevalence have varied widely and were conducted in small studies not representative of the general population," said Frederick Miller, M.D., Ph.D., an author of the study and acting clinical director at NIEHS. "Having this large data set that is representative of the general U.S. population and includes nearly 5,000 individuals provides us with an accurate estimate of ANA and may allow new insights into the etiology of autoimmune diseases." The findings appear online in the Jan. 11 issue of the journal Arthritis and Rheumatism.

Birth defects are abnormalities, which occur before the birth of the baby and can be caused due to genetic, environmental and other unknown reasons.
Advertisement
Miller, who studies the causes of autoimmune diseases, explains that the body's immune system makes large numbers of proteins called antibodies to help the body fight off infections. In some cases, however, antibodies are produced that are directed against one's own tissues. These are referred to as autoantibodies.

A multi-disciplinary team of researchers evaluated blood serum samples using a technique called immunofluorescence to detect ANA in 4,754 individuals from the 1994-2004 National Health and Nutrition Examination Survey (NHANES). The overall prevalence of ANA in the population was 13.8 percent, and was found to be modestly higher in African-Americans compared to whites. ANA generally increased with age and were higher in women than in men, with the female to male ratio peaking at 40-49 years of age and then declining in older age groups.

"The peak of autoimmunity in females compared to males during the 40-49 age bracket is suggestive of the effects that the hormones estrogen and progesterone might be playing on the immune system," said Linda Birnbaum, Ph.D., director of NIEHS and an author on the paper.

The paper also found that the prevalence of ANA was lower in overweight and obese individuals than persons of normal weight. "This finding is interesting and somewhat unexpected," said Edward Chan, Ph.D., an author on the study and professor of the Department of Oral Biology at the University of Florida.

"It raises the likelihood that fat tissues can secrete proteins that inhibit parts of the immune system and prevent the development of autoantibodies, but we will need to do more research to understand the role that obesity might play in the development of autoimmune diseases," said Minoru Satoh, M.D., Ph.D., another author on the study and associate professor of rheumatology and clinical immunology at the University of Florida.

The researchers say the paper should serve as a useful baseline for future studies looking at changes in ANA prevalence over time and the factors associated with ANA development. The paper is the first in a series analyzing these data from the NHANES dataset, and exploring possible environmental associations with ANA.

Immune system is the first line of defense against Viruses, bacteria, fungi, worms and other parasites, which enter the body through the skin, nose, mouth or other openings of the body, cause infectious diseases
Advertisement
<< Grape-enriched Diet may Prevent Age-related Blindness
Chlorophyll Offers Protection Against Cancer >>

The occurrence of rheumatic diseases before or during pregnancy requires our much-needed attention as it has some significant impacts on the off springs.
Advertisement
News A-Z
A B C D E F G H I J K L M N O P Q R S T U V W X Y Z
What's New on Medindia