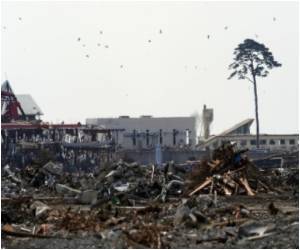 Over one in ten nuclear power plants worldwide are at risk from earthquakes or tsunamis similar to the natural disaster that crippled Japan's Fukushima reactors, warns a research.

According to a new study by the analysts Maplecroft, many at-risk plants are in countries less able to cope with a disaster than Japan.

Children under five years old living near nuclear power stations have contracted cancer at a greatly higher rate than the national average, a study by the German government said Saturday.
Advertisement

Out of 442 nuclear power stations globally, over one in 10 are located in places deemed to be at high or extreme risk of earthquakes. Such places include Japan, the US, Taiwan, Armenia and Slovenia, says research.

The fires and explosions at Japan's nuclear plant has sparked the panic buying of potassium iodine pills, a preventative treatment for radiation sickness.
Advertisement
"South Korea, Taiwan, southern China, India, Pakistan and the west coast of the US have operating or planned nuclear facilities on tsunami-exposed coastlines, while nuclear sites in areas of high or extreme risk of earthquakes can be found in western US, Taiwan, Armenia, Iran and Slovenia," Hodge added.

The earthquake-and-tsunami nuclear crisis in Japan has raised concerns about the risks posed by natural disasters to nuclear plants worldwide.

As a result, several nations, including Italy, Switzerland and Germany, have put new reactor plans on hold.

The nuclear plant at Fukushimi was crippled after an earthquake and tsunami struck Japan last month.

Spinach and milk found to have been contaminated with radiation in Japan are safe to eat and drink, says the World Health Organization.
Advertisement
<< Myanmar's Last Tattooed Women Find Tourists Flocking to The...
Chronic Stress of Cancer Causes Accelerated Telomere Shorte... >>