More Shelter Homes To be Opened In Delhi This Winter 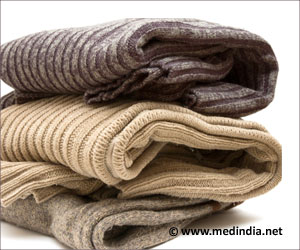 Delhi local authorities reveal that new shelter homes for patients, who come to the capital in search of better medical aid but are forced to live on pavements even during harsh weather conditions, will be opened in January.

The move would benefit the thousands of patients, especially from other states, who end up living on the pavements outside hospital premises due to a shortfall in hospital accommodation. Many of them die in the face of extreme weather condition.

New York-based designer Kopal will teach clothing design to widows staying in shelter homes in India run by Sulabh International and the apparel created by them will be marketed in US and Australia.
Advertisement
‘More shelter homes are going to be opened in Delhi this winter for people who come to the capital in search of better medical aid.’
Tweet it Now

Surekha Devi, 47, a resident of Purnea in Bihar, died in February this year as she did not find a place at the All-India Institute of Medical Sciences (AIIMS) here after undergoing a surgery for brain tumour. She is not alone. Some 33, 518 homeless died in Delhi due to various reasons between January 2004 and October 2015, and a majority of them died due to the lack of shelter during extreme weather, according to a home ministry finding that IANS had reported earlier.


But authorities will now open up 15 more shelter homes that could cater to the needs of some 1,000-1,500 patients. "The existing night shelters we have in the national capital offer a bed to over 9,000 people," V.K. Jain, CEO of Delhi Urban Shelter Improvement Board (DUSIB), told IANS. "This is to ensure that the number of deaths due to lack of shelter during the cold Delhi winter is brought down to nil," he said.

Using curd and lemon, or getting a hot oil massage during winter months, can prevent hair fall and dandruff, says an expert.
Advertisement
The problem is even more acute at the bigger hospitals that receive a large volume of patients, often from other states, daily. AIIMS, the country's biggest government hospital, has a limit of 2,200 beds, but gets over 10,000 patients in its out patient department and of these 2,500 patients are from other states.

"We have always been concerned about the problems out-station patients with meager resources face during the winters as not everyone gets a bed in the hospital," M.C. Misra, director, AIIMS, told IANS.

"A permanent Vishram Sadan (rest house), which will also serve as a 1,000-bed night-shelter will come up at AIIMS complex in Masjid Moth area," he added. At present, the AIIMS night shelter provides room for 450 people, while another 50 beds are available in the other shelter it runs in association with DUSIB.

The AIIMS-CRPF shelter at the trauma centre adds another 100 beds, while the recently inaugurated AIIMS-Shashastra Seema Bal (SSB) Wives' Association shelter near the forensic department of the hospital provides for 120 beds.

But the cumulative 720 beds are inadequate for the thousands who visit AIIMS and the nearby Safdarjung hospital every day in its inpatient and outpatient departments. "We are planning to open 15 new night shelters for the homeless and outstation patients. They will come up in different locations across the city," Jain said.

He said 20 rescue teams are also being set up, with 12 maintenance engineers and a management team to look after the existing night shelters and the upcoming ones. DUSIB also runs over 180 night shelters in Delhi where the homeless can find a warm bed for a nominal charge of Rs.30-Rs.50 per night.

Let Your Skin Enjoy the Magical Properties of Cocoa, Banana, Mulberry This Winter

Winter air affects our skin and can make it dry and itchy. The magical properties of cocoa, banana and mulberry can moisturize the skin from deep within.
Advertisement

Bhavya Chawla, stylist from Voonik.com, suggests that it always helps to layer yourself well to brace the winter chill without adding bulk to your looks.