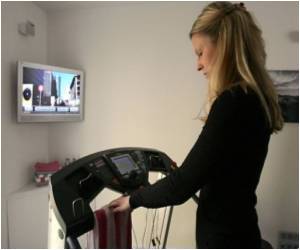 Researchers are only beginning to understand how BMI affects the physiological processes involved in the development of cardiovascular disease in menopausal women.

Now, a study of a subset of women in the Kronos Early Estrogen Prevention Study (KEEPS), suggests that as BMI increases, so do platelet reactivity and thrombogenic microvesicles and activated protein C in the bloodall of which contribute to the formation of atherothrombosis and associated cardiovascular events. Moreover, as BMI increases, so do traditional established cardiovascular risk factors such as blood pressure, blood glucose, total cholesterol, LDL cholesterol, triglycerides, and high-sensitive C-reactive protein.

Muthuvel Jayachandran, Assistant Professor of Physiology in the Mayo Clinic's Department of Physiology and Biomedical Engineering in Rochester, Minn., is the lead author of the study which is entitled, "Body Mass Index and Thrombogenic Factors in Newly Menopausal Women." He will present his team's findings at the 2010 American Physiological Society (APS) conference, Inflammation, Immunity, and Cardiovascular Disease, in Westminster Colorado, August 25-28. The full conference program can be found at http://www.the-aps.org/meetings/aps/inflammation/.

The Mayo researchers assessed cardiovascular risk factors in 118 women newly enrolled in the KEEPS, an ongoing multicenter study designed to evaluate the effectiveness of hormone replacement therapy in preventing cardiovascular disease in newly post-menopausal women aged 42 to 58. All women in the study had their final menstrual period less than 36 months prior to enrollment.

The frequency of the hot flash can be from 1 to 2 two hot flashes a week to 10 or greater in a day. The silver lining is that it usually decreases over time.
Advertisement
The Mayo subset study is a baseline study that determined cardiovascular risk parameters in women before they were randomized to receive hormone replacement therapy or placebo in the KEEPS. The researchers divided the 118 women into three groups according to BMI, with women in the low, moderate, and high groups having BMIs of less than 25, 25 to 29.9, and 30 to 34.9 respectively. The researchers assessed conventional cardiovascular risk factors such as blood pressure, cholesterol, triglycerides, fasting blood glucose, and liver function. They also analyzed the women's blood for platelet count, platelet reactivity, populations of activated cell membrane-derived thrombogenic microvesicles, and the amount of high-sensitive C-reactive protein and activated protein C. Finally, the women underwent computer tomography scans to test for the presence of calcium in their coronary arteries, an indicator of cardiovascular disease.

Finally, researchers assessed the risk of developing coronary artery calcium according to the number of women in each group who tested positive for it. Women in the low BMI group had an 8% risk, but women in the moderate and high BMI groups had a 17% and 14% risk, respectively

According Dr. Jayachandran, the upward trend in risk parameters among women in the moderate and high BMI groups should be taken seriously. "It indicates that there may be more risk for cardiovascular disease. Early menopause is a time to address life style changes that will reduce BMI and therefore, cardiovascular risk," he said.

He added that studies like KEEPS will be pivotal in clearing up the controversy surrounding menopausal hormone therapy and cardiovascular risk. Previous studies, such as the Women's Health Initiative and the Heart and Estrogen/Progestin Replacement Study, did not show any cardiovascular benefit, but the demographics in those studies were different.

"Those studies examined women with a mean age of 62 years. They were further away from their menopause before starting treatment, and the hormones may not reduce existing atherosclerosis," Dr. Jayachandran said. "We want to know how the hormone treatments might work early on to prevent the development of cardiovascular disease."

Normal vaginal bleeding begins in the early teens and goes on till a woman's mid-life. It is the bloody discharge from the uterus during menstruation.
Advertisement
Advertisement

Our body is composed of water, fat, protein, carbohydrates, vitamins and minerals. The fat content in the ...