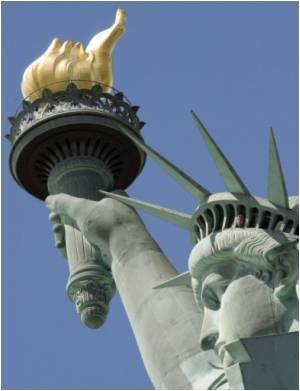 The continuing economic crisis seems to be choking the birth rates in the US. Indeed they have hit the lowest level since national data have been available, according to statistics just released by the Centers for Disease Control (CDC). The rate of births among teenagers also fell to a new record low, continuing a decline that began in 1991.


The birth rate among women of peak childbearing age has also been declining. Birth rates for women in their 20s and early 30s were generally down while births to older mothers (35-44) were still on the rise. Rates were stable for women over 45.

"The reduction in teen pregnancy has clearly been one of the most important public health success stories of the past decade," said Health and Human Services Secretary Tommy Thompson in a CDC press release. "The fact that this decline in teen births is continuing represents a significant accomplishment."

The news is not surprising, said Andrew Cherlin, a sociology professor at Johns Hopkins University, given the sad state of the American economy right now.

"The birth rate is falling because of the Great Recession. When people are unsure of their financial future, they tend to postpone having children," Cherlin told CNN.

"It's stronger now than in the last couple of recessions because this is a stronger recession," he added.

The U.S. birth rate has been declining since the start of the economic downturn in late 2007. When the economy picks up, so should births, said Cherlin, though he stressed it will take time for people to feel secure again.

Some of the women postponing having children now will have them later, Cherlin said, while others never will. During the Great Depression in the 1930s, roughly 20 percent of women never had children -- a percentage that Cherlin predicts the United States will hit again.

More than one fourth of all children born in 2002 were delivered by cesarean; the total cesarean delivery rate of 26.1 percent was the highest level ever reported in the United States.

Among other significant findings included:

·  More than one-third of all births were to unmarried women.