Monkeys and Rats Were Created for Experiments to Benefit Humans: Malaysian Minister 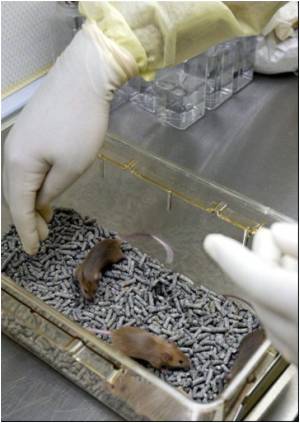 A Malaysian minister has defended an Indian company's proposed plans to build an animal testing medicine lab in his state, saying that God created monkeys and rats for experiments to benefit humans.

Vivo BioTech Limited's plans to set up a biotechnology centre in Malacca has been criticized by activists, who claim that the company would conduct tests on animals to make medicines.


"God created animals for the benefits of human beings. That's why he created rats and monkeys ... We cannot test on human beings," The Telegraph quoted Rustam, as saying.

"This is the way it has to be. God created monkeys, and some have to be tested," he added.

He further said that Malaysian agencies would monitor that the animals were not abused and proper procedures are followed.

Earlier, in a joint statement, Malaysia's Society for the Prevention of Cruelty to Animals, the British Union for the Abolition of Vivisection and the European Coalition to End Animal Experiments had decried the project saying that Malaysia has no laws protecting the welfare of animals used in experiments.

Beautiful Faces and Maimed Animals
Most of you are perhaps unaware that these beautifully packed cosmetic items have a 'bloody past'. Before these items appear in the market they undergo extensive testing on countless animals.
READ MORE