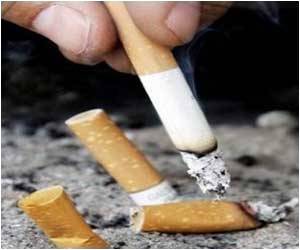 The first person jailed Bhutan's draconian anti-smoking law is a monk. This was after a court handed him a three-year prison sentence for smuggling tobacco worth $2.50.

Sonam Tshering was arrested in January carrying 48 packets of chewing tobacco worth 120 Bhutanese ngultrums which he said he had bought in India before travelling back home to the Himalayan kingdom.

Bhutan banned the sale of cigarettes in 2005 and tightened up its law last year to combat smuggling, requiring consumers to provide valid customs receipts for any tobacco products.


A judgement on Thursday from a district court in the capital Thimphu, posted on the website of opposition lawmaker Tshering Tobgay, said the monk had violated the Tobacco Control Act because he had not paid duty for the tobacco.

Tobacco use in women is on the rise. The health risks of tobacco are far too many has never done a woman any good psychologically or health-wise.
Advertisement
"I should be punished, but the penalty could have been lighter, as I wasn?t aware about the act," a tearful 23-year-old Tshering told the Kuensel newspaper.

"I didn?t even conceal it while I was coming up from Phuentsholing," he said, referring to a border town between Bhutan and India. "If police would?ve checked at that point, I might not have landed in jail today."

Smokers are restricted to 200 cigarettes or 150 grams of other tobacco products a month that can be legally imported, with tariffs of 100 percent from India or 200 percent from elsewhere, the reports said.

Tshering, who was carrying 480 grams of tobacco, has 10 working days to appeal to the High Court.

"Ignorance of the law is no excuse," the ruling from the Thimphu district court said.

The highly traditional Buddhist country of 700,000 people became the first in the world to ban the sale of tobacco amid concern in the government that young people were increasingly taking up the habit.

A Facebook group, counting more than 200 people, has been set up in support of Tshering called "Amend the Tobacco Control Act."

"I am sure that every smoker here has bought an illegal cigarette," one member, Dipika Chhetri, posted. "I wonder if the government knows exactly how many criminals there are now in Bhutan."

Opposition MP Tobgay has also sought to raise awareness about the tobacco act and has called a press conference for later Friday.

He wrote on his website that a 24-year-old truck driver with a wife and children called Lhab Tshering was also likely to be imprisoned.

Bhutan, famed for its invention of Gross National Happiness to measure progress and its citizens' well-being, is one of the most remote and reclusive places on Earth, sandwiched between India and China.

It had no roads or currency until the 1960s, allowed television only in 1999 and continues to resist the temptation of allowing mass tourism -- preferring instead to allow access to only small organised groups of well-heeled visitors.

The country changed from an absolute monarchy to a constitutional monarchy in 2008 when Bhutan adopted a constitution and held its first parliamentary elections.

Laryngeal cancer is also called cancer of the larynx or throat cancer or laryngeal carcinoma. It usually affects men over the age of 55 years.
Advertisement
<< New HIV/AIDS Study may Give New Direction to Treatment Effo...
Increased Sleep Fragility Caused by Higher Brain Rhythm >>