New HIV/AIDS Study may Give New Direction to Treatment Efforts 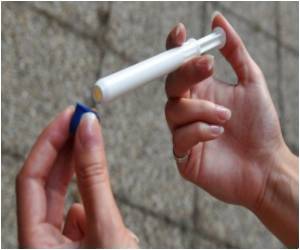 An expert has said that a new study of anti-HIV/AIDS medicines in the developing world is on the verge of turning "the whole treatment world on its head".

Paul Palumbo, of pediatric medicine at Dartmouth Medical School, has shed light on the IMPAACT's findings in Africa and India.

The IMPAACT P1060 trials - comparing the effects of different forms of treatment on infants and young mothers - began in 2006. On October 27, 2010, an independent data and safety monitoring board (DSMB), which confidentially reviews large clinical trials on an interim basis for safety and efficacy of drugs, halted the second phase of P1060, declaring that the protease inhibitor lopinavir (LPV/r) was working so well among infants with no previous exposure to the popular anti-retroviral nevirapine (NVP) that the IMPAACT team didn't need to go further in the head-to-head trials between LPV/r and NVP to prove their point.


"We were a little surprised, anticipating the trial would run to March of 2011. We didn't expect such a superior difference," said Palumbo.

In the spring of 2009, the DSMB halted the first phase of the P1060 trial involving 164 HIV-infected children ages 6 to 35 months, after learning that a cohort of 82 youngsters responded better to treatment with LPV/r than did a cohort of 82 children in the same age group who had received NVP.

The difference from the current study cohort was that all 164 children in the first-phase cohort had previously received a single dose of NVP in liquid form at birth, and their mothers had taken NVP in the form of a single pill during labor in an effort to prevent transmission of HIV.

When these children, who were HIV-infected despite efforts to prevent mother-to-child transmission, later required HIV treatment, they were enrolled into the P1060 trial and randomly assigned to therapy with the antiretroviral drugs Zidovudine and Lamivudine, plus either NVP or LPV/r - the latter also known as Kaletra.

The treatment with LPV/r proved superior enough for WHO to recommend that infants with HIV infection and exposure to NVP at birth start on an LPV/r-based regimen whenever possible.

"These studies help equip us with strategies to deal with the current imperfections in our scale-up efforts. With new WHO guidelines calling for increased access to therapy and prophylaxis ... the goal of eradicating pediatric HIV is within sight," wrote the authors.

"Nevirapine is relatively cheap to produce and distribute. Kaletra (LPV/r) is four times more expensive, and it needs a little help because it doesn't do well in high-temperature environments without much refrigeration. Much of the world is used to having access to something inexpensive," he said.

The findings were unveiled by the International Maternal Pediatric Adolescent AIDS Clinical Trials Group (IMPAACT) during the 2011 Conference on Retroviruses and Opportunistic Infections (CROI) in Boston.

Encyclopedia section of medindia explains in brief about the treatment for AIDS/HIV
<< Anticancer Drugs can be Developed from Chinese Medicinal Pl...
Monk in Bhutan Jailed for Tobacco Possession >>