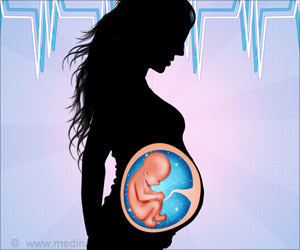 The most common complication faced by pregnant women during delivery is preterm birth. Now a mobile application can help in predicting risk of delivering prematurely among women.

Researchers from the King's College London have developed an app called "QuiPP". The app uses an algorithm that combines the gestation of previous pregnancies and the length of the cervix with levels of fetal fibronectin to classify a woman's risk.

Reducing Preterm Birth Risk for Twin Pregnancies to Half

The risk of preterm birth could be reduced to half for a specific group of super high-risk twin pregnancies, found an international research involving the University of Adelaide.
Advertisement
‘Pregnant women may benefit with a new app QuiPP that helps predict pre-term birth risk accurately.’
Tweet it Now

"Despite advances in prenatal care the rate of preterm birth has never been higher in recent years, including in the US and UK, so doctors need reliable ways of predicting whether a woman is at risk of giving birth early. It can be difficult to accurately assess a woman's risk, given that many women who show symptoms of preterm labor do not go on to deliver early," said Dr. Andrew Shennan, lead author, Professor of Obstetrics at King's College London.


The study published in the Journal Ultrasound in Obstetrics & Gynecology comprises of two studies in which the app was tested. The first study was conducted among 1,249 women at high-risk for pre-term birth attending pre-term surveillance clinics. The model was developed on the first 624 consecutive women and validated on the subsequent 625.

Living in US Raises Preterm Birth Risk For Hispanic Women

A study has found that the longer a Hispanic woman lives in the United States the more she is at risk of preterm birth.
Advertisement
The estimated probability of delivery before 30, 34 or 37 weeks' gestation and within two or four weeks of testing for fetal fibronectin was calculated for each patient and analyzed as a predictive test for the actual occurrence of each event.

In the second study, data from 382 high-risk women was collected and the model was developed for the first 190 women and validated on the remaining 192. In both the studies, the app was found to be accurate in predicting preterm risk.

"The more accurately we can predict her risk, the better we can manage a woman's pregnancy to ensure the safest possible birth for her and her baby, only intervening when necessary to admit these 'higher risk' women to hospital, prescribe steroids or offer other treatments to try to prevent an early birth," Shennan added.

Understanding the link between stress and preterm delivery and the techniques to manage maternal stress ...

Low birthweight is a term given to babies who weigh less than 2,500 grams at birth. These babies look much ...
This site uses cookies to deliver our services.By using our site, you acknowledge that you have read and understand our Cookie Policy, Privacy Policy, and our Terms of Use  Ok, Got it. Close
×