Novel intervention of combining mindfulness and hypnotherapy in a single session could be a valuable option for treating anxiety and stress reduction, reports a new study. The findings of the study are published in the International Journal of Clinical and Experimental Hypnosis.

"Mindfulness is a type of meditation that involves focusing attention on present moment awareness. It can help people cope with stress, but can require months of practice and training," said researcher Gary Elkins, Ph.D., director of the Mind-Body Medicine Research Laboratory at Baylor University. "Hypnosis also involves focusing attention, but it includes mental imagery, relaxation, and suggestions for symptom reduction."

Hypnosis interventions are typically brief and have been used in pain and symptom management in clinical practice.


‘Mindful hypnotherapy is a novel intervention that may be equal to or better than existing treatments, with the advantage of being less daunting, more time-effective, and easier to use. ’


The study's basic premise is that using hypnosis to deliver mindfulness goals could have many advantages, Elkins said.

"Combining mindfulness and hypnotherapy in a single session is a novel intervention that may be equal to or better than existing treatments, with the advantage of being more time-effective, less daunting and easier to use," he said. "This could be a valuable option for treating anxiety and stress reduction."

As a brief intervention, mindful therapy could be widely disseminated and is an innovative new mind-body therapy, he said.

Elkins noted that while mindfulness by itself can be an effective treatment for stress and anxiety for some people, it typically is provided in eight weekly sessions that last two hours or more each week and include an all-day retreat of eight or more hours. That amount of time -- more than 24 therapy hours -- may be a burden in cost and time for some people. Also, research has not shown that mindfulness-based treatments are consistently superior to standard cognitive behavioral therapy, he said.

For the study of mindful hypnotherapy, the Baylor research team recruited 42 individuals with self-reported high stress. Half took part in an intervention of one-hour weekly individual sessions that included hypnosis inductions and suggestions for greater mindfulness. Participants also were given self-hypnosis audio recordings lasting about 20 minutes, each with suggestions for hypnotic induction, relaxation and greater mindfulness.

The second group did not take part in the intervention.

At the study's end, the intervention group reported a large decrease in stress and a significant increase in mindfulness. Most were highly satisfied with the number of sessions, the ease of home practice, and the clarity of content, Elkins said. The average participant practiced almost every day, and overall satisfaction with the intervention was 8.9 on a scale of 10.

In comparison, those who did not participate in the intervention reported no significant difference between pre- and post-study stress level.

A limitation of the study was its small sample size, Elkins said. Future studies of a larger number of people could be of value, as well as testing mindful hypnotherapy for such concerns as anxiety, depression, or chronic pain, he said. 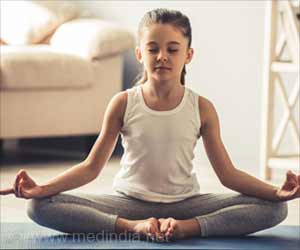 Mindfulness - Knowing What You Do may Help Reduce Cravings
Mindfulness may help reduce cravings for food and drugs by loading working memory. It may also extinguish cravings by promoting response inhibition.
READ MORE