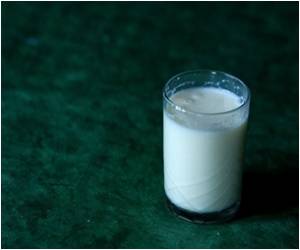 Thailand has urged its citizens to drink a glass of cow's milk to boost their height, life expectancy.

The move comes along with a simultaneous campaign to encourage women to breastfeed their children for longer, ensuring babies are given breast milk for their first six months before giving them two or three glasses of cow's milk during pre-school, the Guardian reports.

The deputy public health minister, Cholanan Srikaew has said that the milk campaign can increase the height of 18-year-old Thailand citizens by 8cm from the current 167cm for boys and 157cm for girls, as well as extend life expectancy from 74 to 80 years.


According to the report, Thais presently consume 14 litres of milk per head annually, much less than the south-east Asian average of 60 litres, and the international average of 103.9 litres.
Advertisement
The head of Thailand's health department, Jessada Chokdamrongsuk has claimed that school-going children in Thailand should drink two glasses a day, while adults must drink one glass of milk daily.

The report said that much of the milk currently sold in Thailand comes in cans as sweetened condensed milk and in the form of Thai coffees and teas, while small cartons of milk in shops is generally regarded as a drink for the physically weak and frail.

The Thai culture commentator Kaewmala said that parents want their children to be tall and the milk campaign will help with better quality and quantity of diet and certainly with more milk consumption.

According to the health ministry, the average Thai citizen consumes three times as much alcohol as milk, or about 14.19 litres of milk to 44 litres of alcohol per person annually.

The Thai Health Promotion Fund too conforms to the health ministry by saying that Thailand citizens consume the fifth highest quantity of alcohol per head in the world.

Cows Milk
Encyclopedia section of medindia explains about the consumption of cows milk, which dates back to .....

Height and Weight by Body Frame
Calculate the ideal weight for your height and your body frame using Medindia's precise height and ....

Types of Food Allergies
If you are allergic to certain food items-Watch out for what you ......