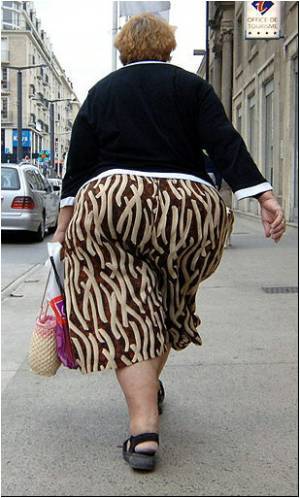 Fat and tall people are more likely to be bitten by midges - because they present a bigger target, scientists have found.

Also, according to the study that examined the feeding preferences of the holiday-wrecking insects, women seem to react more than men to the midges.

To come up with the conclusion, academics from Aberdeen University and Rothamsted Research in Hertfordshire asked 300 people in the Highlands how often they had been bitten, and information was also gathered about their health and lifestyle, reports The Times.


All the women who were overweight or obese had been bitten. There was no such correlation between fat men and the frequency of bites, the study, published in the journal BioMed Central Public Health, claimed.

Low calorie meals or diet include foods that are high on nutritional content and yet have fewer calories. Updated information about low calorie diet or low calorie foods and its health benefits.
Advertisement
In case of men, height was the main factor. Of those who were taller than 6ft, 90 percent had been bitten, compared with just 70 percent of those under 5ft 8in.

The study concluded: "Midges are known to rest in trees after they have emerged from pupae and are found in greater numbers with increasing height. It is, therefore, possible that midges searching for a suitable host would be descending from above and would encounter taller people, within a group, first.

"Additionally, larger people would provide a more substantial visual target for host-seeking midges as well as greater amounts of heat, moisture and attractant chemicals such as carbon dioxide."

"This helps us understand how midges interact with us and gives us clues about how to find people who are naturally repellent," said Dr James Logan, an honorary research fellow at Aberdeen University and lead author of the study.

He added: "We undertook the research as an extension of work to develop a midge repellent. Some people never seem to get bitten and we have isolated them and are working on developing a product."

The mantra to increase your childs height is by giving a nudge to your childs Growth Hormone by ensuring a ...