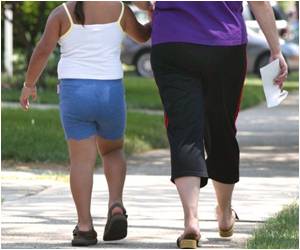 Mexico second in obesity after the United States wants its kids to cut down the intake of soft drinks and fatty foods. Mexicans are the world champions in soft drink consumption, guzzling down 163 liters (43 gallons) of sweet bubbly drinks per capita every year, according to Consumer Power, an independent organization.

Food stands are everywhere on Mexican streets, dishing out handfuls of greasy tacos for just $1, while ambulant vendors wait outside schools to sell cheap tamales or tortas (sandwiches) to hungry students.

To nutritionist Tamara Vera, Mexico suffers from "bad nutrition and bad habits like a lack of exercise, a lack of water consumption and too much grease and sugar."


The education ministry, with the help of various embassies, led a campaign called "The Week of Taste" in 124 schools this week to teach children better eating habits.

The height and weight calculator is a useful tool to ascertain the ideal height and weight of the children according to age and gender.
Advertisement
The masked and muscular stars from the country's ultra-popular Lucha Libre, or professional wrestling, circuit have been recruited by the government to help drill new eating habits into people's consciousness.

But Education Minister Jose Angel Cordova warned that it would take time to reduce child obesity, stressing that a "new culture" must be instilled in families and Mexican society at large.

"The (child) obesity problem arrived over 30 years and maybe we won't need 30 years (to reduce it), but we will need at least 10 years to stabilize it," he told reporters after a meeting of Latin American education ministers.

The French ambassador to Mexico, Elisabeth Beton Delegue, said the goal of "The Week of Taste" is to "give children the desire to eat healthy and become interested again in natural and simple flavors."

In Mexico, 30 percent of adults are obese compared to 33.8 percent in world leader the United States, according to the Organization for Economic Co-operation and Development (OECD).

Mexico ranks fourth in the world in child obesity after Greece, the United States and Italy, the OECD says, citing the International Association for the Study of Obesity.

But it tops other Latin America nations with 29 percent of boys and 28.1 percent of girls obese.

Mexican government figures show that 70 percent of the population is overweight, a number that includes those who are obese.

The number one killer in Mexico is Type 2 diabetes, a chronic disease marked by high levels of sugar in the blood.

"If we don't move from a treatment to a preventive system and we don't change our habits, the health system will not be able to meet the needs of Mexicans," said Miguel Limon Garcia, social coordinator at the health ministry.

"We are indeed much more than what we eat, but what we eat can nevertheless help us to be much more than what we are". - Adelle Davis There are thousands out there battling 'the bulge'. With childhood obesity on the rise even children are not spared. If your weight issues are threatening to weigh you down learn more about obesity by taking part in this quiz.
Advertisement
<< Green Tea may Help Fight Prostate Cancer
Cyberbullying: Sole Factor Identified in Teen Suicides >>

World Heart Day in 2022- Use Heart for Every Heart
View all
News Archive
News Resource
Advertisement
News Category
Gender Inequality: A Crucial Factor For High Rates Of Child Abuse Agenda to Improve Care of Acute Kidney Injury in Kids More Exercise and Less Screen Time may Improve Executive Function in Toddlers How Dangerous is Your School Uniform New Measure of Early Scarring in Eosinophilic Esophagitis
More News
Sign up for Wellness Consult a Doctor Sign up for Selfcare

Find a Hospital Drug - Food Interactions Drug Side Effects Calculator Blood Pressure Calculator How to Reduce School Bag Weight - Simple Tips Accident and Trauma Care Indian Medical Journals Iron Intake Calculator Vent Forte (Theophylline) Post-Nasal Drip
This site uses cookies to deliver our services. By using our site, you acknowledge that you have read and understand our Cookie Policy, Privacy Policy, and our Terms of Use