Men Falter in the Presence of Women 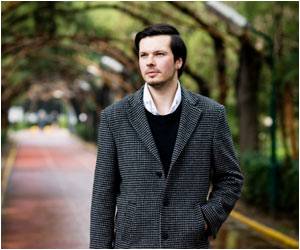 Latest research claims that men perform worse on cognitive tasks in the presence of women.

The research conducted by psychologists at Radboud University, Netherlands suggests that men start faltering and exhibit a decline in mental performance as soon as they anticipate interacting with women. The Dutch researchers found a decline in the mental function of men even with the mere thought that they are being observed by a woman. However, women face no such problems.

The researchers feel that this could be attributed to the fact that men are more strongly attuned to potential mating opportunities. Or it could be the consequence of modern perceived social pressure for men to impress women during social interactions.


The study is published in the Archives of Sexual Behavior.

Men are from Mars and Women from Venus, but why on Earth are Women so Woefully Wronged?

Popularly called the 'weaker sex' or the 'fair sex', they often find themselves at the receiving end of a warped power equation.
Advertisement
<< Chicken Pox During Pregnancy is Risky
CDC is Launching $54 Million Anti-smoking Ad Campaign >>

Heart disease: Men Are From Mars, Women From Venus

Expression of hostility during marital disagreements can lead to atherosclerosis in women while controlling behavior of either spouse has been found to result in heart disease in men.

Men are from Mars and Women are from Venus but Flies Do Not Follow This Rule!!!

Test Your Knowledge About Chromosomes?
View all
News Archive
News Resource
Advertisement
News Category
Is There a Link Between Heart Failure and Y Chromosome in Men? Male Contraceptive Pills Show Promise Common Prostate Cancer Drugs Were Less Safe: New Study Taller Than an Average Man: May Have High Risk of Testicular Cancer Do Men Infected With COVID-19 Have Semen Problems Like Infertility?
More News
Sign up for Wellness Consult a Doctor Sign up for Selfcare

Selfie Addiction Calculator Find a Doctor Accident and Trauma Care Blood Pressure Calculator Noscaphene (Noscapine) Sanatogen Find a Hospital Daily Calorie Requirements Vent Forte (Theophylline) Drug - Food Interactions
This site uses cookies to deliver our services. By using our site, you acknowledge that you have read and understand our Cookie Policy, Privacy Policy, and our Terms of Use