Manmohan Singh: 'Food Security Is a Key Challenge for the World' 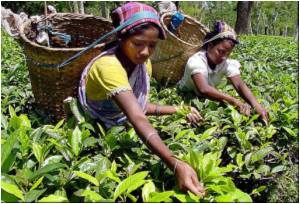 Prime Minister Dr.Manmohan Singh said there is a need to build a movement to conserve traditional varieties of crops. He was asserting that food security is a key challenge for the world, particularly in an increasingly climate vulnerable world.

"We know that food security is a key challenge for the world, particularly in an increasingly climate vulnerable world. Biodiversity, found in our forests and our fields, could provide us keys to the solutions of the future. So we need to build a movement to conserve traditional varieties of crops," said Dr. Singh in his remarks at the inauguration of the High Level Segment of the 11th Conference of Parties to the Convention on Biological Diversity here.

Two University of Michigan researchers have determined that small, family-owned farms can produce lots of food while preserving biodiversity in the world's remaining tropical forests.
Advertisement

Dr. Singh said the approach to protecting and promoting biodiversity has been guided by the belief that all three objectives of the Convention on Biological Diversity, namely, conservation, sustainable use and sharing of benefits from the utilization of genetic resources, should receive adequate and equal focus.

Improving agricultural research in the developing world is the key to ensuring food security for the world's poorest, says Adel el-Beltagy.
Advertisement
Dr. Singh pointed out that India has more than 600 protected areas, covering approximately five percent of the total geographical area of the country, in a network of national parks, wildlife sanctuaries, and conservation reserves despite the pressure on land in the densely populated country

"We have special programmes for some high-profile endangered species like tigers and elephants. In 2010, the country level status assessment for tigers showed an increase in their number to an estimated 1706 from an estimated 1411 in the year 2006," said Dr. Singh.

"We recognise that we have to look beyond large animal species and take a more organic approach to conservation. We have, therefore, initiated work on species recovery programmes on 16 identified endangered species including the snow leopard, hangul and lion. Such country level efforts at preservation should be complemented by enhanced international collaboration to check wildlife crime," he added.

"In India, we have legislated a Forest Rights Act that lends legal sanctity to the rights of forest dwellers, who are often the best friends of the biodiversity that resides in these magnificent forests," said Dr. Singh.

"We will have to adopt similarly innovative approaches to deal with the issue of protecting fishermen's livelihoods even as we negotiate a framework on sustainable use of marine biodiversity in the high seas," he added.

Dr. Singh further said there is a realisation that ecosystem services form a much higher percentage of the "GDP of the Poor" than of classical GDP calculations.

"Biodiversity based livelihood options form the basis of rural survival in many parts of the world. Living at the periphery of subsistence, the poor are the most at risk from biodiversity loss. They should not also be the ones to bear the cost of biodiversity conservation while the benefits are enjoyed by society at large," said Dr. Singh.

Dr. Singh said 'the Mahatma Gandhi National Rural Employment Guarantee Scheme for example, with an annual outlay of US$ 6 billion, aims to create legally mandated green jobs for every rural household in our country'.

The income gap between the haves and the have-nots must be taken into account when considering the issue of food security across Asia, determines a new report.
Advertisement
<< Fruit and Vegetable Pulp may Help Prevent Cancer: Scientist
Study: Exposure to 'Prestige' Fuel Causes Short-term Damage... >>