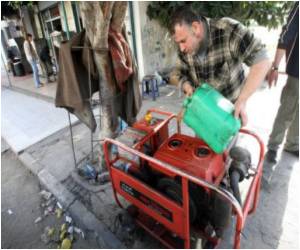 Kodipura village in Madhya Pradesh state, India has found a new way to generate electricity, thanks to the innovativeness of its residents. The village proposes the use of human waste for power generation.

A plant established on the outskirts of the village utilises sewerage water to generate five kilowatts of electricity.

"We use this electricity to draw water from a well that we have dug. We use the water to irrigate the 3-4 acres of land surrounding the plant. We have sown soybean. We are also planning to make a cowshed here, so that we can also utilize cow dung to produce more gas," said Shiv Narayan Sharma, ex-village head.


The plant is financially supported by the state government and was built at a cost of around Rs 2 million.

"A three horsepower motor is run and water is supplied through it. The Panchayat Bhawan also uses the electricity. We are also planning to further supply electricity in the village," said HalkeRam Maheshwar, a resident of Kordipura.

Locals believe that apart from power generation, the plant has also improved the sanitation in the village.

Dried dung is the poor woman's fuel in underdeveloped countries. Now a US farmer is emulating her by generating electricity from cow manure.
Advertisement
This site uses cookies to deliver our services.By using our site, you acknowledge that you have read and understand our Cookie Policy, Privacy Policy, and our Terms of Use  Ok, Got it. Close
×