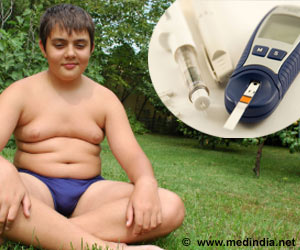 Understanding blood glucose level ranges can be a key part of disease self-management. Glucose levels are reduced in the brains of individuals with obesity and type 2 diabetes compared to lean individuals, suggests a new Yale study.

The finding might explain disordered eating behavior -- and even a higher risk of Alzheimer's disease -- among obese and diabetic individuals, the researchers said. The study was published Oct. 19 in JCI Insight.

Advertisement
‘Sugar transport from the blood into the brain plays an important role. Among individuals with obesity and diabetes, blunted entry of glucose was found in the brain.’

Both obesity and type 2 diabetes are linked to decreased metabolism in the brain. This hypometabolism is also associated with Alzheimer's disease, but researchers have not pinpointed why. To examine the mechanism, the Yale team studied brain glucose levels in three different groups of adults: individuals who are lean and healthy, and those with either obesity or poorly controlled type 2 diabetes.


After fasting overnight, the study participants received intravenous infusions of glucose for two hours. During the infusions, the researchers used a brain scanning technique -- magnetic resonance spectroscopy -- to measure levels of glucose in the brain.
Advertisement
While blood glucose levels among the participants were similar, the researchers detected significant differences in brain glucose. Among the obese and diabetic participants, "we found decreased or blunted entry of glucose into the brain," said first author and assistant professor of medicine Janice Hwang, M.D.

That blunting could be one mechanism that undermines the ability of the brain to sense glucose, she noted.

The researchers also rated participants' hunger, satisfaction, and fullness before and after the infusions. "The lean people who had more glucose entry into the brain also felt more full, even though they hadn't eaten overnight," she said.

Hwang explained further: "Glucose is the most primitive signal to the brain that you've eaten. Could it be that obese individuals are not getting sugar into the brain, and not sensing it; thus the feedback loop to stop eating could also be blunted?"

The study points to the importance of sugar transport from the blood into the brain as both a target for further research and possible pharmacological intervention in people with obesity and type 2 diabetes, the researchers noted.

SOCE Regulates Conversion of Glucose into Cellular Energy
For the first time, new study explains that the effect of tacrolimus on the calcineurin/NFAT ......

Glucose Stored in Cells Activate Immune Responses
Glycogen stores in the immune cells power them to activate immune response during an infection....