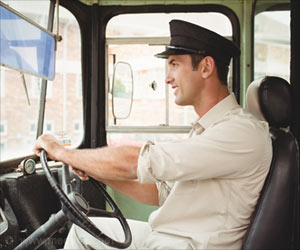 Anything that draws the driver's attention away from driving can be problematic, even if it's auditory like listening to the radio or having a hands-free phone conversation, finds study conducted by psychologists PhD student Gillian Murphy of University College Cork and Dr Ciara Greene of University College Dublin.

The researcher applied a prominent theory of attention, Perceptual Load Theory, to driving, a task where attention is crucial.

The rate of serious, preventable crashes was 5 times higher among truck drivers with sleep apnea who failed to adhere to positive airway pressure (PAP) therapy.
Advertisement
‘Drivers who focus on traffic reports on radio while driving are more likely to miss potential hazards in front of them.’

Perceptual Load Theory states that we have a finite amount of attention and that once that capacity is maxed out, we cannot process anything else.


To test whether paying attention to radio traffic reports can be bad for our driving, Murphy asked 36 people to drive a route in a full-sized driving simulator while listening to a traffic update on the radio.

Majority of parents do have rules for their teen drivers; however, teens consistently perceive fewer limits on their driving than what their parents report.
Advertisement
While driving, 18 participants were asked to complete a simple task and 18 to complete a complex task. The simple task was to listen for when the voice giving the update changed gender. The complex task was to listen for news of a particular road.

The study found that only 23 percent of the drivers undertaking the complex task noticed a large, unexpected visual stimulus -- an elephant or gorilla by the side of the road.

By contrast, 71 percent of the drivers undertaking the simpler task noticed it.

Drivers undertaking the complex task were also worse at obeying road signs, remembering which vehicle had just passed them and even at driving itself. Their speed, lane position and reaction times to hazards were all affected.

The findings were presented at the British Psychological Society's annual conference in Nottingham in Britain.

"Road safety campaigns are so focused on telling us to keep our eyes on the road, and this is certainly important, but this research tells us that it's simply not enough. We should focus on keeping our brains on the road," Murphy said.

Drivers continued to use their mobile phones with children as passengers, even with older children who were more likely to copy their driving behavior.
Advertisement
<< Radiation-immunotherapy Combination can Help Treat Tumours
Diluted Juice as Effective as Electrolyte For Treating Mild... >>

The Essence of Yoga Loram (2 mg) (Lorazepam) Post-Nasal Drip Turmeric Powder - Health Benefits, Uses & Side Effects Blood - Sugar Chart Find a Hospital Daily Calorie Requirements How to Reduce School Bag Weight - Simple Tips Color Blindness Calculator Iron Intake Calculator
This site uses cookies to deliver our services. By using our site, you acknowledge that you have read and understand our Cookie Policy, Privacy Policy, and our Terms of Use