Link Between Mental Illness and Heavy Cannabis Use Identified 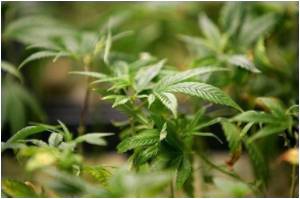 Cannabis is the most widely used illicit substance globally, with an estimated 203 million people reporting use. Although research has found links between cannabis use and mental illness, exact numbers and prevalence of problem cannabis use had not been investigated.

"We know that people with mental illness consume more cannabis, perhaps partially as a way to self- medicate psychiatric symptoms, but this data showed us the degree of the correlation between cannabis use, misuse, and mental illness," said Dr. Shaul Lev-ran, Adjunct Scientist at CAMH and Head of Addiction Medicine at the Sheba Medical Center, Israel.


"Based on the number individuals reporting weekly use, we see that people with mental illness use cannabis at high rates. This can be of concern because it could worsen the symptoms of their mental illness," said Lev-ran, who conducted the research as a post-doctoral fellow with the Social Aetiology of Mental Illness (SAMI) Training Program at CAMH.
Advertisement
Researchers also found that individuals with mental illness were 10 times more likely to have a cannabis use disorder.

In this new study, published in the journal Comprehensive Psychiatry, CAMH researchers analyzed data from face-to-face interviews with over 43,000 respondents over the age of 18 from the National Epidemiologic Survey on Alcohol and Related Conditions. Using structured questionnaires, the researchers assessed cannabis use as well as various mental illnesses including depression, anxiety, drug and alcohol use disorders and personality disorders, based on criteria from the Diagnostic and Statistical Manual of Mental Disorders (DSM-IV).

Among those will mental illness reporting at least weekly cannabis use, rates of use were particularly elevated for those with bipolar disorder, personality disorders and other substance use disorders.

Researchers also noted that, although cannabis use is generally higher among younger people, the association between mental illness and cannabis use was pervasive across most age groups.

They emphasize the importance of screening for frequent and problem cannabis use among those with mental illness, so that targeted prevention and intervention may be employed.

Smokers With Mental Illnesses may be Helped by Missed Opportunities
Despite remaining substantially higher than the national average, smoking prevalence has declined .....