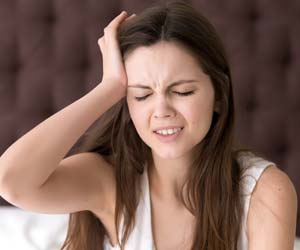 Chronic dizziness can result from or trigger psychiatric disorders, revealed research published in Journal of the American Osteopathic Association.

Chronic dizziness can result from a number of underlying health problems, most commonly involving neurologic, vestibular and cardiac diseases. For patients who have seen a variety of specialty physicians without reaching a diagnosis, a psychiatric referral may help them find relief, researchers noted. The researchers reviewed published studies on the relationship between psychiatric disorders and dizziness. After vestibular diseases, which affect parts of the inner ear and brain responsible for controlling balance, psychiatric disorders appear to be the second most common cause of chronic dizziness.

Advertisement
‘Psychiatric disorders often related to anxiety may be present in up to 15 percent of patients presenting with dizziness.’

"One of the reasons the underlying cause can be so difficult to diagnose is that the way dizziness is experienced can vary dramatically," says Zak Kelm, DO, psychiatry resident at Ohio State University and lead author of this study. Dizziness can fall into a number of broad categories, including vertigo (spinning sensation), presyncope (near-fainting), and disequilibrium (imbalance). When a patient's description of symptoms appears consistent with one of these categories, physicians are better equipped to make an accurate diagnosis. "Patients who have a difficult time describing their symptoms, or seem to experience several different symptoms, are likely experiencing non-specific dizziness," says Dr. Kelm. "When physicians see patients who report general or vague dizziness, it should be a cue to ask about the patient's mental health."


The relationship between dizziness and psychiatric disorders is complex and dynamic. It is sometimes difficult to distinguish which one is causing the other or whether the interplay is reciprocal. The authors note that researchers have attempted to better understand this relationship by introducing the term chronic subjective dizziness (CSD). Patients with CSD experience dizziness most days for more than three months. They often describe feeling heavy headed, light headed or imbalanced. Some feel as if the floor is moving, while others feel disassociated or far away from their environment. Many patients report their symptoms worsen with complex stimuli, like being in crowded spaces.
Advertisement
According to one study, one-third of patients with CSD had a primary anxiety disorder and no history of vestibular disorder or another disease that could cause dizziness. Another one-third had no history of a psychiatric disorder but had a vestibular disease that triggered an onset of anxiety. The final one-third had a history of an anxiety or other psychiatric disorder, then developed a medical condition that triggered dizziness. In those cases, the preexisting psychiatric disorder worsened and resulted in chronic dizziness. In any of these situations, the underlying or resulting psychiatric disorder needs to be addressed. "One of the reasons psychiatric disorders are overlooked is because many physicians are uncomfortable suggesting to patients that they might have a mental illness" says Dr. Kelm. "I think asking the patient about their stress levels and whether they've experienced anxiety can make the conversation more approachable for both parties."

Once referred to a psychiatrist, some patients have success with cognitive behavioral therapy; however, pharmacotherapy appears to be most helpful. Selective serotonin reuptake inhibitors (SSRIs) have proven effective, with approximately 50 percent of patients given an SSRI experiencing complete remission of symptoms, and 70 percent reporting a significant decrease in symptoms. Study authors note that a whole-person approach, taking into account the patient's mental and emotional health as well as their physical health, can help physicians get to the root cause faster.

Dizziness Symptom Evaluation
The different types of dizziness can be differentiated based on clinical symptoms and tests ......

Dizziness and Vertigo: Know the Difference
Dizziness is a feeling of being faint or unsteady whereas Vertigo is a feeling that you or your ......

Body Dysmorphic Disorder (BDD) - A Psychological Disorder
Do you worry too much about defects in your body? Then you must definitely check if the symptoms res...

Labyrinthitis
Learn about the medical condition labyrinthitis which causes debilitating symptoms like vertigo and ...