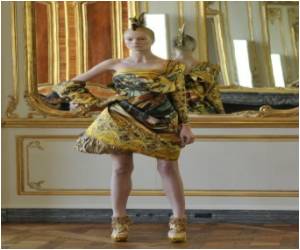 Like other 8-year-old girls, she eats in the school canteen and goes to ballet class. Her friends know her as Leonor, but soon they will have to call her "Highness".

Her childhood will not be the same now that her grandfather Juan Carlos is stepping down as king of Spain.

Once her father Felipe is crowned king, she will no longer be "Infanta", but Princess -- and one day Queen. She will be the youngest direct royal heir in Europe.


She will step out for the cameras to zoom in on her blue eyes, blonde hair and toothy smile. Royal-watchers say those may be just the charms the Spanish royal family needs to save its image.

"Until now, her parents have deliberately protected her so that she is not in the papers all the time. Those days are over," said the prince's biographer, Jose Apezarena.

"They will still try to minimise the impact on her personal life, but soon she is going to be the heir to the throne. It will change her life," he added.

"I feel a bit sorry for her because the change is going to take away some of her freedom."

Prince Felipe and his wife Letizia were already darlings of the celebrity press when Leonor was born on October 31, 2005. Letizia, an ex-newsreader, has made countless front pages.

The births of Leonor and her sister Sofia, who is now seven, turned them into possibly the cutest royal family in the world: a tall prince, glamorous mother and two little girls with long blonde hair.

The couple have kept their daughters largely out of view so their childhoods can be as normal as possible.

The few glimpses of the girls allowed by the palace have shown them smiling as they hold hands with their mother and father or their grandmother, Queen Sofia.

"Leonor is a very intelligent child, very active but calm. She faces the cameras with great serenity," said Apezarena.

"She is very caring towards her sister. She makes sure to give her advice and help," he said.

"She does the same things as her classmates, eats in school, goes to ballet class, and studies English."

She is said to speak good English, learned from her grandmother and a British nanny as well as at Holy Mary of the Rose Bushes, her expensive private school in western Madrid.

- Learning who you are -

History is changing the childhood routines of Leonor de Borbon y Ortiz, however.

Just weeks before the king announced his abdication, Leonor made her first official royal outing.

In a white cardigan and green shorts, she stood beside her father in his blue air force uniform to watch a ceremonial fly-past on May 2.

Royal-watchers say the timing was not random. Juan Carlos, 76, had already decided to step aside and the outing was the start of Leonor's new higher-profile role as future heir to the throne.

When Felipe is crowned, Letizia will become queen and Leonor will take the title Princess of Asturias.

She is expected to follow the same preparation for the crown as her father did, with military training when she is older. At 18, she must swear loyalty to the king and the constitution.

"They have been explaining to her for some time who she is, who her parents and grandparents are, and what their role is in the country," said Apezarena, who has written several books about the prince's family.

"She has been listening to that, but she is still very young."

Behind the walls of the royal Zarzuela Palace and Holy Mary of the Rose Bushes, Leonor may hear little of the noisy street protests by those who want Spain to be a republic.

Spain's main political forces, the ruling Popular Party and opposition Socialists, back Felipe's succession however and are expected to speed it through parliament, with the new king likely to be sworn in on June 19.

Felipe will then have to win over Spaniards fed up at corruption scandals and two recessions.

For that, the new heiress could be one of his biggest assets.

"Whenever the infantas Leonor and Sofia appear in public, they win the affection of the people. They are very pretty girls and seem very well brought up," Apezarena said.

"We are going to be seeing a lot more of those images from now on, and they are going to help the new king to win over the people." 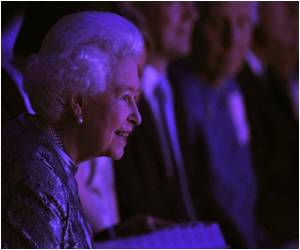 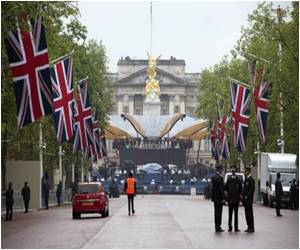