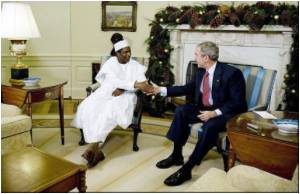 Are liberals lily-livered, shying away from the terrible, while conservatives are hard-nosed?

Researchers from the University of Nebraska-Lincoln seem to think so after closely monitoring the physiological reactions and eye movements of a group that participated in their study.

Conservatives and Liberals Differ in Their Brain Function

The brain neurons of liberals and conservatives fire differently when confronted with tough choices, suggesting that some political divides may be hard-wired, according a study released Sunday.
Advertisement

"It's been said that conservatives and liberals don't see things in the same way," said Mike Dodd, UNL assistant professor of psychology and the study's lead author. "These findings make that clear - quite literally."


To gauge participants' physiological responses, they were shown a series of images on a screen. Electrodes measured subtle skin conductance changes, which indicated an emotional response. The cognitive data, meanwhile, was gathered by outfitting participants with eyetracking equipment that captured even the most subtle of eye movements while combinations of unpleasant and pleasant photos appeared on the screen.
Advertisement
While liberals' gazes tended to fall upon the pleasant images, such as a beach ball or a bunny rabbit, conservatives clearly focused on the negative images - of an open wound, a crashed car or a dirty toilet, for example.

Consistent with the idea that conservatives seem to respond more to negative stimuli while liberals respond more to positive stimuli, conservatives also exhibited a stronger physiological response to images of Democratic politicians - presumed to be a negative to them - than they did on pictures of well-known Republicans. Liberals, on the other hand, had a stronger physiological response to the Democrats - presumed to be a positive stimulus to them - than they did to images of the Republicans.

By studying both physiological and cognitive aspects, the researchers established unique new insights into the growing notion that political leanings are at least partial products of our biology, UNL political scientist and study co-author Kevin Smith said.

Recent research on the subject has focused mostly on physiological reactions to negative stimuli. The new study's use of cognitive data regarding both positive and negative imagery adds to the understanding of how liberals and conservatives see and experience the world, Smith said.

UNL political scientist and co-author John Hibbing said the results might mean that those on the right are more attuned and attentive to aversive elements in life and are more naturally inclined to confront them. From an evolutionary standpoint, that makes sense, he said.

The results also are consistent with conservatives' support of policies to protect society from perceived external threats (support for increased defense spending or opposition to immigration) and internal ones as well (support for traditional values and being tough on crime), Hibbing said.

But it could also mean conservatives are not unduly bothered by the unpleasant and tend to think it is a fact of life - just learn to live with it and protect yourselves, that is about all. But the more tender liberals are anguished and hence might seek to find a way out.

Loram (2 mg) (Lorazepam) Post-Nasal Drip Accident and Trauma Care Find a Hospital Nutam (400mg) (Piracetam) The Essence of Yoga Color Blindness Calculator How to Reduce School Bag Weight - Simple Tips Drug Interaction Checker Hearing Loss Calculator
This site uses cookies to deliver our services. By using our site, you acknowledge that you have read and understand our Cookie Policy, Privacy Policy, and our Terms of Use