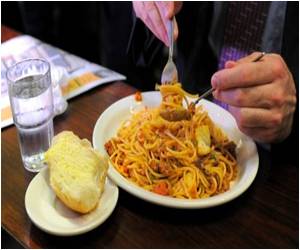 L'Enclume restaurant has been named the best in the UK. The two Michelin-starred restaurant, which featured in Steve Coogan and Rob Brydon's BBC series The Trip, displaced Heston Blumenthal's The Fat Duck at Bray at the top of the Good Food Guide's annual top 50 list.

Specialities cooked up by chef Simon Rogan at the Cartmel riverside restaurant include cod "yolk", oyster pebbles and sandwort.

Judges said Rogan's eaterie had a "fantastic way with seasonal ingredients from the Cumbrian land and coast that are a joyful celebration of this country's magnificent diversity".


Independent inspectors from the Good Food Guide, which was first published in 1951, gave L'Enclume top marks for its cooking for the second year in a row.
Advertisement
Elizabeth Carter, the guide's consultant editor, called Rogan the "leader of the pack when it comes to modern British cooking."

Rogan said the award was "something we have always dreamed about."

"We have received this accolade because of our focus on both the food product and the customer -? keeping it natural and fresh in the kitchen, and friendly but professional in the dining room," he added.

Top Restaurant in Spain to Shut Shop
One of the most popular restaurants known for its Catalan cuisine, Can Fabes, will be shutting down ...

Worst Restaurant Meal in America
Fried fish dish, which packs two weeks worth of harmful trans fat in a single serving was named ......

Slovenian Restaurant Between 2 Countries
In the tiny Slovenian hamlet of Obrezje, a neon-green line runs across the floor of the "Kalin" ......