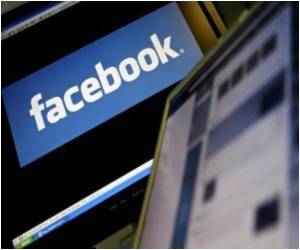 "Our study shows that adolescents can be influenced by their friends' online pictures to smoke or drink alcohol," said Thomas Valente of the University of Southern California's Keck School of Medicine and the study's principal investigator.

"To our knowledge, this is the first study to apply social network analysis methods to examine how teenagers' activities on online social networking sites influence their smoking and alcohol use."


Valente and his team drew conclusions from a survey of 1,563 students from the El Monte Union High School District in Los Angeles County in October 2010 and April 2011.
Advertisement
The researchers found that the size of one's online network of friends was not a major factor associated with risky behavior but that exposure to friends' online pictures of partying or drinking was linked to smoking and alcohol use.

Teens whose close friends did not drink alcohol were more likely to be affected by increasing exposure to risky online pictures.

"The evidence suggests that friends' online behaviors are a viable source of peer influence," said Grace Huang, one of the researchers.

"This is important to know, given that 95 percent of 12 to 17 year olds in the United States access the Internet every day, and 80 percent of those youth use online social networking sites to communicate."

Students who responded to the survey were evenly distributed across gender and on average 15 years old. About two-thirds were Hispanic and about one-fourth were Asian, roughly the same ethnic distribution of El Monte.

In April 2011, nearly 30 percent of respondents had smoked and more than half had at least one drink of alcohol.

The study appears in the September 3 online edition of the Journal of Adolescent Health.