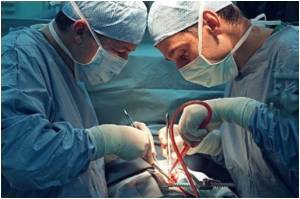 A study from Imperial College London has found that many patients are dying because very few senior doctors work on weekends.

The study found that patients were seven per cent more likely to die if they were admitted on a Saturday or Sunday. The researchers estimate that this equals to 3,369 extra deaths a year, which is more than the number of people who die in road mishaps in Britain annually.

The mortality rates from heart attacks, heart failure, stroke and some cancers were higher on weekends than on weekdays.


"We estimate that there were over 3,000 more deaths than expected at weekends in 2005/06 compared to weekdays ï¿½ more than the number of people dying in road accidents in 2006,ï¿½ said lead researcher Dr Paul Aylin, from Imperial College London.

The details of the study are published in the journal Quality & Safety in Health Care.

Heart attack can cause symptoms such as Chest pain or discomfort, Shortness of breath and pain in neck, back, arm, or shoulder and is due to blockage of blood supply to the heart muscles
Advertisement