Bacteria That can Clean Up Oil Spill Identified 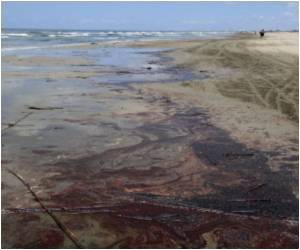 Scientists have revealed that they have discovered a bacterium that can help clean the oil spill in spill in the Gulf of Mexico.

Oregon State University (OSU) said in a statement that the "NY3" bacteria has an "extraordinary capacity" to clean up some of the oil spill by breaking up the oil by producing compounds called rhamnolipids. These compounds can help break polycyclic aromatic hydrocarbons (PAHs), which are thought to be very toxic to the human body.

"Some of the most toxic aspects of oil to fish, wildlife and humans are from PAHs," said Xihou Yin, one of the researchers. "They can cause cancer, suppress immune system, cause reproductive problems and damage nervous system".


Two Chinese universities, the Xi'an University of Architecture and Technology and Nanjing Agricultural University also assisted in this study.

Egg oil or egg yolk oil is extracted from the yolk of chicken eggs. Find out how egg oil can be used in your ...