Lack of Brain Protein Could be Key to Alzheimer's Disease 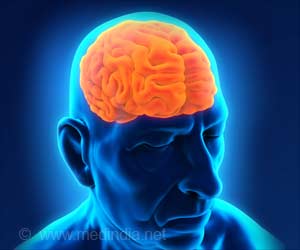 The findings showed that IL-33 was critical for removal of what senior author Yahuan Lou, PhD, described as "garbage" from brains, keeping cells healthier for a longer period of time, and helping minimize damage over time.

The abnormal RNA is made from regions of repeated DNA sequences that are found in greater numbers in people affected with Huntington's and some other neurodegenerative diseases, revealed new study.
Advertisement
‘Early detection of the deficiency of Interleukin 33 (IL-33) with clinical interventions could help the brain age in a healthier way to prevent degenerative diseases.’


"In the brain, normal neurons repair themselves by discarding abnormal proteins, similar to taking out the garbage," Lou said. "Although neurons get older in humans beginning around 35 to 40 years of age, continuing to minimize the 'garbage' or damaged DNA and proteins that buildup in the organs allow neurons to stay healthy and function properly - even as we age."

Alzheimer's disease is a progressive neurodegenerative disease affecting memory and thinking and making the person increasingly dependent on others.
Advertisement
During middle age, neurons in the brain undergo accelerated aging, which interferes with the body's ability to detoxify or repair damaged DNA and proteins. This is known as oxidative damage.

"Without those anti-aging processes, human neurons begin to die or no longer function correctly at a much higher rate by 60 to 65 years of age," Lou said.

In most people with Alzheimer's, symptoms first appear in their mid-60s and the brain disorder slowly destroys memory and thinking skills and eventually the ability to carry out the simplest tasks.

According to the authors, an additional mechanism on the IL-33 molecule serves as a control agent and accelerates drainage of abnormal proteins from the brain, adding to previous studies that explain the importance of the molecule.

The newly discovered mechanism is, as Lou described, a "sewage" system in the brain called the glymphatic system, which is composed of tiny spaces surrounding the veins that gets rid of brain debris.

Defects in the glymphatic system, a waste clearance pathway for the central nervous system, would lead to the accumulation of abnormal proteins that are linked to Alzheimer's disease in humans.

The study unveils the importance of a molecule called aquaporin 4, a water "pump" in the brain that drives water to remove the waste surrounding the neuron close to blood vessel tubing in the brain. However, once the IL-33 gene is knocked out, these small "pumps" are no longer produced.

Clinical application and next steps

Lou said when these mechanisms are broken, the brain accelerates in aging, which leads to Alzheimer's disease and death. Since this process largely starts at middle age, he proposes the period between adulthood and old age is a good time to review levels of IL-33 and other related biomarkers, such as those found in blood and urine, for early diagnosis of Alzheimer's disease. Once the brain is in the degenerative state, it is too late to reverse damages.

These screenings can become a preventive measure for patients with or without a history of degenerative disease.

"For future patients that have inversely proportional levels of an increase in waste in the brain and a decreased level of IL-33, immediate intervention would be needed.

This could consist of injecting IL-33 into the blood-brain barrier to increase circulation of the glymphatic system, while testing if the drainage of plaque proteins in the brain is effective," Lou said.

The therapeutic target is to keep the brain healthier while it's still young to decrease the risk of degenerative brain diseases and reduce the brain's aging process.

"We cannot cure Alzheimer's disease, but we can stop the progress or even prevent the disease at the very beginning," Lou said.

Colin Carlock is a student at The University of Texas MD Anderson UTHealth Graduate School of Biomedical Sciences, where Barichello and de Quevedo are faculty members.

Alzheimer's disease (AD) is the most common form of dementia. Participate in this quiz to find out how much you know about this debilitating disease.
Advertisement
<< New Tool to Visualize Global Climate Change
Global COVID-19 Cases Reach 91 Million >>