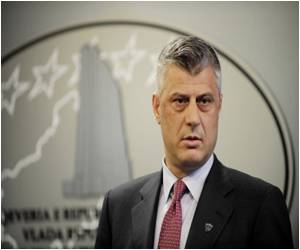 A local daily reported that a former Kosovo health minister and another Pristina official are among eight suspects in a new EU probe into a human organ trafficking case.

Last Tuesday, a day after a European Union-led court in Kosovo convicted five doctors of harvesting and selling kidneys at a Pristina clinic, the EU's Pristina mission announced the new probe without revealing the identity of the suspects.

It said they were under investigation for "organised crime, trafficking in persons, grievous bodily harm, abusing official position of authority, fraud and trading in influence".


Alush Gashi, a former health minister, and Shaip Muja, who advised the Kosovo prime minister on health issues, are among the suspects, the Koha Ditore daily reported Tuesday, quoting anonymous sources from the EU prosecutor's office.
Advertisement
The suspects "are expected to be charged very soon", the paper said.

Meanwhile, a spokesman for EULEX, the EU mission in Pristina, could neither confirm nor deny the Koha Ditore report.

"The case is being investigated. It is just the beginning. EULEX does not want to confirm or deny the (published) names of the suspects in this case," spokesman Blerim Krasniqi told AFP.

The eight are suspected of using their influence to cover up the case in which around 30 illegal kidney removals and transplants were carried out at the Medicus clinic in Pristina in 2008, the daily said.

The donors were recruited from poor eastern European and Central Asian countries and promised about 15,000 euros ($20,000) for their organs. The recipients, mainly Israelis, would pay up to 100,000 euros each.

Meanwhile, Muja, commenting on the Koha Ditore report, said his conscience was clear.

"I'm not hiding from these things. I sleep in peace, because I know who I am," he told reporters.

The five doctors convicted in late April included the owner of the Medicus clinic and prominent Pristina urologist Lutfi Dervishi and his son Arban. Of the five, Dervishi received the harshest sentence of eight years in jail.

EULEX was set up to help the local judiciary handle sensitive cases after Kosovo declared independence from Serbia in 2008.

Dutch University Hospital and Europol to Investigate International Organ Trafficking
Illegal organ trafficking backed by organized crime in Europe will be investigated by a Dutch ......

Lawyers Say Man Arrested for Organ Trafficking is a Lifesaver
The lawyers of an Israeli man who has been arrested in connection with black marketing of organs in ...

Organ Trafficking In Australia?
Australians are aghast over reports that an elderly Sydney woman with kidney disease flew in a ......

Chinese Men Facing Trial Over Human Organ Trafficking
Two Chinese are undergoing trials at a Beijing court for their alleged involvement in the ......