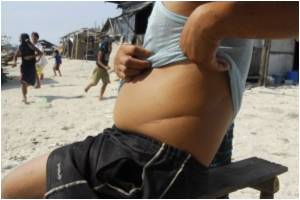 Two Chinese are undergoing trials at a Beijing court for their alleged involvement in the trafficking of human organ.

In the absence of specific offence aimed at human organ traffickers, 31-year-old Liu Yunlu, an unemployed man from Shijiazhuang, and 25-year-old Dong Binggang, a farmer from Shaanxi province, have been charged with conducting an illegal business operation, China Daily reports.

Organ donation, considered the highest form of human service, allows the opportunity to give life and let others live, even though we are gone. It is a sacred act of perpetuating life, by leaving a part of ourselves in another,
Advertisement

The paper quoted Zhang Wenxiu, a prosecutor from Xicheng procuratorate, as telling the Xicheng District People's Court that Liu turned into a human organ trafficker in 2008 after realising that he could earn a huge profit by being a mediator between patients and donors.


Zhang also said that Liu had recruited donors and introduced them to the patients awaiting transplantaion through an Internet instant messaging service, online forums and blogs, and also forged the necessary documents.

Interactive section of Medindia helps us in better understanding of Brain Death
Advertisement
Talking about Dong, Zhang said that he landed up in this illegal business after donating his own kidneys to save his ailing mother.

She said that in January 2009, Liu was a mediator between Dong and a patient. After the surgery, the patient paid them 150,000 Yuan (22,800 dollars), of which Dong got 30,000 Yuan. The operation cost 40,000 Yuan and the rest of the money was shared between Liu and another trafficker, the paper said.

According to the prosecutor, the pair had recruited over 20 donors between March and May of 2009, and housed them in two rented apartments in Shijiazhuang.

Liu insisted in court that would-be donors were well looked after.

"They lived on the floor in the apartments, and for each meal, they had meat and vegetables. I also bought four computers for them to use. They were free during the daytime and could wander around the residential area or stay at home to use the computers," Liu said, adding that the men were in dire need of money.

The court would reportedly deliver a verdict at a later date.

China banned the sale of human organs in May 2007. Under the law, the only people who can donate human organs are the family members of patients, and in some cases, organs can be removed from suitable corpses and executed prisoners if consent forms are signed in advance, the paper added.