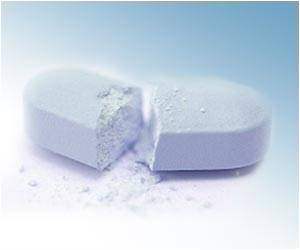 Two officials of a pharmaceutical company were sentenced to seven years of prison over the sale of an adulterated teething drug that claimed the lives of 84 babies in the year 2008.

Children between two months and seven years-old, died from renal failure after taking the painkiller which was found to contain high levels of diethylene glycol, a poisonous solvent mostly used in brake fluid and as an engine coolant.

He ordered the closure of the Lagos-based Barewa Pharmaceutical Limited, the manufacturer of My Pikin Baby Teething Mixture, and its assets freezed.
Advertisement
The judge sentenced the pair to "seven years imprisonment" on the two counts, noting that a lighter term was given following pleas for mercy.

Fake and adulterated drugs are common in Nigeria because of the high cost of imported brands.

Officials have estimated that more than half of the drugs sold in Nigeria are either fake or adulterated.

In 1990, 109 children died after taking paracetamol laced with a different compound similar to diethylene glycol and also used in engine coolants.

The Teething French Giraffe A Hit in the US Baby Market
A cute toy called Sophie the Giraffe, chewed by French babies for decades to quell the pain of ......