Sinusitis is a condition in which the sinuses become inflamed or infected affecting 37 million people. Previously the only hope was a conventional surgery. But now Acclarent has come up with a new procedure called balloon sinuplasty which involves inflating a small balloon in the sinus cavity which clears the blocked sinus. It is considered as a major breakthrough that offers hope to many sinusitis sufferers. It cost thousands of dollars and has been performed on about 500 patients since November 2004.

But the procedure has not been scientifically proved and is not approved by the FDA. Only two studies have been conducted one involving 6 cadavers and the other on only 10 patients. In the second about 8 patients had previously undergone the traditional sinus surgery. This makes it difficult to determine whether the system, made by Acclarent has helped the patients. The procedure's lasting effect is also being questioned.

On the other hand leading sinus specialists said that balloon sinuplasty is being adopted more on the basis of astute marketing than clinical science. Acclarent has received $42.5 million in venture capital financing and is based in Menlo Park, Calif., has trained about 150 doctors in balloon sinuplasty. The company has also been successful in finding several high-profile specialists to serve as company consultants.


The company's Web site said that clinical studies had shown the treatment to be "safe and effective. It also said that the same technology is being pursued by surgeons to open coronary arteries. The Acclarent's system requires the use of radiation to enable doctors to see where to place the balloon. Patients are eager because of the lack of trauma compared with standard surgery, which typically involves more pain and bleeding. The surgery is also being covered by insurance.

But sinus specialists say the true test for sinuplasty is whether it will prove to be effective over the long term at keeping the sinuses open. Dr. Friedman, a professor at Rush University Medical Center and chairman of otolaryngology at Advocate Illinois Masonic Medical Center, is conducting a study of 90 patients, who will be followed for a year, to compare how they fare if they are treated with drugs only, with traditional surgery or with sinuplasty.

Sinus specialists who want training beyond a simple introduction to the technology must make an upfront commitment to buy $20,000 worth of Acclarent's equipment, including the catheters and balloons involved. Each system, which is disposed after a single use, costs about $1,200. In conclusion it is said that this new procedure is said to be effective only if it is effective for a longer period. 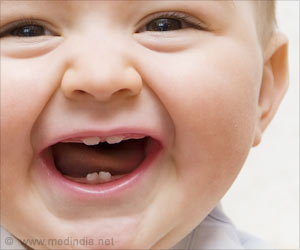 Teething
Teething is the process wherein the primary/milk teeth sequentially appear in the mouth of an infant. Teething is medically referred to as dentition difficilis.
READ MORE