Key Proteins for the Repair of Nerve Fibers Discovered 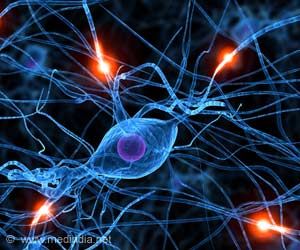 Group of proteins that help to regenerate damaged nerve cells has been discovered. The findings of the study are published in the journal Neuron.

It is commonly accepted that neurons of the central nervous system shut down their ability to grow when they no longer need it; this occurs normally after they have found their target cells and established synapses.

However, recent findings show that old nerve cells have the potential to regrow and to repair damage similar to young neurons. The underlying mechanisms for this rejuvenation have now been uncovered in laboratory studies led by the team of Professor Frank Bradke at the DZNE's Bonn site together with scientists of the University of Bonn.


"Actually, this is quite surprising. It is by no means a matter of course that young and adult nerve cells share the same mechanisms," Bradke said. "Neurons show vigorous growth during embryonic development. Mature nerve cells, on the other hand, usually do not grow and fail to regenerate. Our study now reveals that although the ability to grow is inhibited in adult cells, the neurons keep the disposition for growth and regeneration." Bradke and coworkers discovered that certain proteins which initiate growth in young neurons are crucial for these processes.
Advertisement
"These proteins are key regulators of growth competence, irrespective of developmental stage. They act on the cell's supporting structure and thus trigger dynamic processes, which are a prerequisite for growth and regeneration," the neurobiologist said.

In fact, neurons only show their growth talent during embryonic development. At this stage, they form long projections (called "axons") in order to connect and thus transmit signals. However, the ability to grow and thus regrow after injury dwindles when the nervous system reaches the adult stage. Only neurons of the "periphery," e. g. Those in the arms and legs retain a pronounced potential for mending damaged connections. However, if axons in the spinal cord are severed, they do not regrow: Consequently, the pathway for nerve impulses remains disturbed. This can cause paralysis and other serious disabilities.

"For quite some time, we have been wondering whether it is possible to reactivate the processes which manifest in the early developmental phase. This could be a way to trigger regeneration in adult neurons," Sebastian Dupraz said, a postdoctoral researcher in Bradke's lab and a leading author of the current study. In recent years the Bonn scientists identified various factors that influence the growth of neurons. Certain proteins - those of the "cofilin/ADF" family - proved to play a pivotal role: During embryonic development, these molecules control the formation of cell protuberances that ultimately evolve into axons.

"In our recent study, we found that it is precisely these proteins that drive growth and regeneration, also in adult neurons," Dupraz said.

The scientists found that the growth and regrowth of neurons are fueled by the turnover of actin filaments. These string shaped molecules belong to the molecular scaffold that gives the cell its form and stability. The proteins of the cofilin/ADF family partially dissolve this corset. It is only through this breakup that the structure of the cell can change - and thus, the neuron can grow and regenerate. "An approach for future regenerative interventions could be to target actin," DZNE scientist Barbara Schaffran, another leading author of the current study, mentions.

The researchers observed these processes in the nerve cells of mice and rats. The neurons examined belonged to the "dorsal root ganglion." This is a bundle of neurons that interfaces the spinal cord with the peripheral nervous system. The cells located there each have two axons: a central and a peripheral. The peripheral axon can regenerate after damage. It has long been known that the central axon can also regrow; but only if its peripheral counterpart has previously been lesioned. "Why the sequence is like this is still not exactly known," Bradke said. "We will be looking into this in the future."

Step by step, the Bonn scientists are trying to understand what makes neurons grow and regenerate. It is a lengthy process. Bradke is, therefore, dampening expectations of rapid progress in the treatment of spinal cord injuries. "We do research in order to set the basis for future therapies. But sadly, you have to be patient until new treatment approaches develop. That's a long way to go," he said.

Source: Eurekalert
Advertisement
<< Internet may be a Valuable Tool for People with Undiagnosed ...
Immunotherapy Could be the Best Weapon to Fight Fall Allergi... >>

Nerve Cell Damage Caused by Ischemia may be Treated With Thalidomide
The neuroprotective effect of thalidomide against ischemia through the cereblon-mediated repression ...

Severity Of Parasitic Infection Proportionate To Nerve Cell Damage
The severity of infection from Toxoplasma gondii could depend on the damage suffered by the nerve .....

Sensory Cells and Nerve Cell Damage in Inner Ear Linked to Age-Related Hearing Loss
As a person turns old, the intensity of sound that reaches the inner ear is reduced. The ......

Brachial Plexus Injury
Brachial plexus is a network of nerves that transmits signals from the spine to shoulder, arm and .....